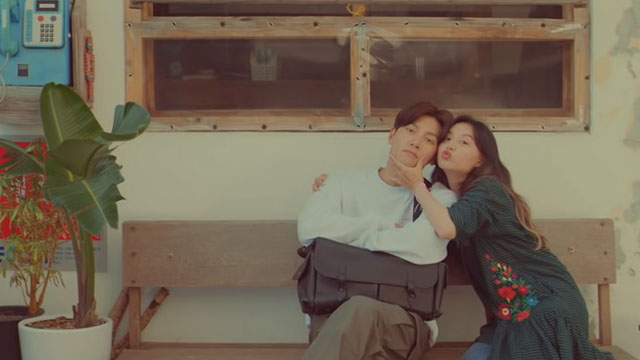 Episodes are only around 30 minutes long-ideal for binge-watching!

Lovestruck in the City Review

(SPOT.ph)  We started the year strong with Crash Landing On You, then came Itaewon Class, It's Okay to Not Be Okay, Record of Youth, The World of the Married, Start-Up and more. Point is, 2020 may have been terrible but the K-Dramas certainly weren't. To close the year off right, Netflix drops Lovestruck In the City series—and you have just enough time to get your binge-watch on before welcoming 2021!

The trailer promises a fun lighthearted series, as the show's story will revolve around six young adults just trying to figure out how to balance this whole work-love-life thing in yup, the city. Ji Chang Wook and Kim Ji Won (of Arthdal Chronicles!) will take on the roles of a hopeless romantic architect and a free-spirited woman.

We round up a couple of reasons to get excited for this upcoming romantic comedy series:

It will be directed by It's Okay to Not Be Okay's Park Shin Woo.

At the helm of this new series will be the same brains behind It's Okay to Not Be Okay, the series that unashamedly took on the issue of mental health. Jung Hyun Jung, writer of the Romance Is a Bonus Book series, has also been tapped for Lovestruck in the City. Ji Won even dished that she accepted her role for this series mainly because of the writer and director, according to Netflix!

Episodes will only be around 30 minutes long.

If time and commitment isn't your thing, well, you'll be glad to know that Lovestruck in the City will have a shorter runtime! With around 30 minutes per ep, it will be so much easier to binge watch, too. "Since it’s a shorter drama, I felt like it was more addictive," shared Ji Won. Even reading the fun script didn't take too much time as she was enjoying herself so much, she added.

The series will have a mockumentary flair!

Director Shin Woo decided to take on a different direction with this K-Drama—via individual interviews of the characters spliced with the usual narrative parts! We can't say for sure if it will reach The Office levels of fourth-wall breakage but this little aspect definitely has us more excited.

They're aiming for extreme relatability.

In the same vein as Itaewon Class and Start-Up, this new series will focus on problems and experiences we can all relate to from across the globe—with a focus on relationships! As director Shin Woo said, "I hope that viewers can see their relationships, past or present, in the three relationships. I think they’ll be able to find a similar boyfriend amongst these characters as well as themselves amongst the characters."

Adventurer Savvy K-drama Netflix Lovestruck In The City Streaming Services
Your Guide to Thriving in This Strange New World
Staying
In? What to watch, what to eat, and where to shop from home
OR
Heading
Out? What you need to know to stay safe when heading out