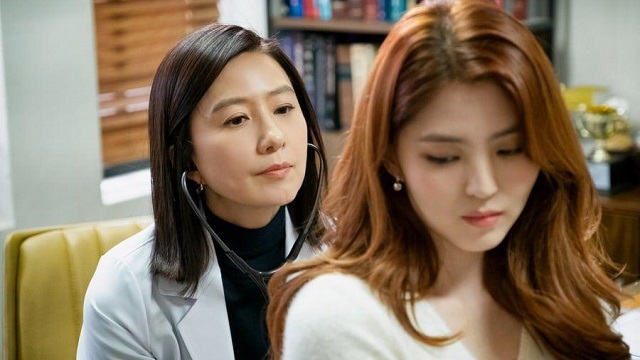 What's Up With All the The World of the Married References on Twitter?

Looks like recent events have inspired some shady references.

(SPOT.ph) Twitter is the place to go for your daily dose of extremely shady hot takes—and right now, it's definitely serving it up with posts about K-Drama The World of the Married. So the Twitterverse going wack about a cool series isn't strange at all, but there seems to be a specific development in real life that inspired the recent surge of references (Read: celebrity stylist Liz Uy's recent announcement of her engagement to businessman Raymond Racaza).

So in case you're a little lost, we list down the supposed connection between the K-Drama and the recent engagement announcement. Twitter is a goldmine—or a garbage dump, depending on where you stand—of hot takes right now so allow us to keep you up to speed.

What is The World of the Married about?

Sit tight, this is going to be messy. This K-Drama dropped on Viu in March and on Netflix in August and has since gained a cultlike-following thanks to its intensely dramatic story—and who doesn't love on-screen drama? The series follows a happily (at first) married couple whose relationship and lives take a turn for the dark and twisted after a truly heavy betrayal (Read: the guy cheated).

Ji Sun Woo (Kim Hee Ae) is a highly respected and successful doctor. She is married to aspiring director Lee Tae Oh (Park Hae Joon)—who it turns out is having an affair with Yeo Da Kyung (Han So Hee). There's a whole slew of other characters who may or may not know about the affair but a sure standout is Sul Myung Sook (Chae Gook Hee), Sun Woo's supposed "best friend."

We'll leave it at that to avoid spoiling this highly complicated story; trust us when we say there are a lot of layers. The World of the Married is the kind of drama that leaves you rooting for basically none of the characters—maybe even hating some of them with a passion—but it is sure to have you hooked.

So what does that K-Drama have to do with the engagement announcement?

Uy posted a low-key announcement on her IG featuring her with an oversized suit and shiny ring on October 27, which people took to be her confirming that she is now engaged to Racaza. While her celebrity friends were quick to congratulate the couple, other folks were just as fast at bringing back the much-talked about beginnings of their relationship.

Racaza was once married to internist and rheumatologist Dr. Geraldine 'Ging' Zamora; their marriage, according to Uy's "tell-all" interview with the Philippine Star in 2018, was already annulled by the time the stylist found herself pregnant with Racaza's son in 2017. A post that made the rounds on social media, supposedly by a close friend of Dr. Zamora, points to January 2018 as the time of the annulment.

Uy and Racaza met in 2016, per the stylist's interview, when fellow It Girl Isabelle Daza introduced the two during a business meeting. A picture posted on Daza's Instagram in 2014 shows Uy and Racaza on the same stage, in what looks like an event for Xurpas, one of the tech companies once headed by the businessman.

So with all the receipts floating around, people are having a heyday creating their own timelines and dropping fiery opinions—and of course, referencing The World of the Married.

Racaza has been mum the entire time the Internet's been going crazy on Uy's IG post—a fact that wasn't lost on Twitter users. While a majority have been raining flak on Uy, Daza, and even all the other celebrities who congratulated Uy's engagement, a few have pointed out that Racaza hasn't been getting much negative attention.

A similar, er, phenomenon happened way back when Gerald Anderson was found at the center of a seeming "battle" between ex Bea Alonzo and co-star Julia Barretto in August last year. Folks online began pitting the two ladies against each other, leading Supreme Court Justice Marvic Leonen to quip on Twitter, "Is he really worth it?"  Chalk it up to machismo culture and our unhealthy obsession with the mistress trope but one thing's for sure, it takes two to tango.

Main image from JTBC / The World of the Married