Movies and TV Shows You Can Find on Netflix PH August 2020
Loading
Already a member? Log in
No account yet? Create Account
Spot.ph is your one-stop urban lifestyle guide to the best of Manila. 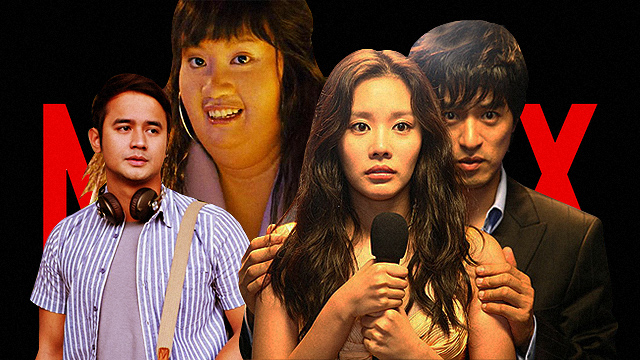 From Pinoy indie hit Tayo Sa Huling Buwan ng Taon to the K-Drama The World of the Married.

(SPOT.ph) August is right around the corner—which means we're already halfway through 2020. We know you can't wait for this year to end but hey, look on the bright side: New movies and series are slated to arrive on Netflix throughout August! On the "We Can't Wait" list are entries from Pinoy movies, hollywood action flicks, and sweet, sweet Korean content—especially the intriguing K-Drama The World of the Married. We round up a couple titles to put on your list, too!

These exciting titles are hittingV Netflix PH this August:

This 2006 romantic comedy film stars Kim Ah Joong, who plays Hanna Kang, an overweight and talented singer who ghost voices for pop star Ammy (Ji Seo Yun). After being bullied, she undergoes a head-to-toe transformation and comes out a beautiful butterfly—excuse the cliché—throwing herself, old friends, acquaintances, and her crush, into a world of dissaray.

Remember when Netflix hit us with the entertaining but borderline creepy Black Mirror: Bandersnatch interactive episode? Well, this is the PG version. Kimmy Schidt (Ellie Kemper) is back after the series ended with a choose-your-own-adventure type movie starring Daniel Radcliffe as her fiancé, Prince Frederick. Go on one last ride with the Kimster!

Jake Gyllenhaal's creepiest character yet is back to haunt your dreams. In this film, he stars as Louis "Lou" Bloom, a stringer who works nights, recording violent events in Los Angeles to sell to news networks. The movie tackles heavy issues such as the blurring of the line between ethical journalism and media consumerism, and is sure to leave you with a healthy dose of doubt afterwards.

Straight from the creators of I'm Drunk, I Love You, this romantic drama features JM de Guzman as Lio, a man afflicted with an inability to remember faces. He meets Shana (Rhian Ramos), an energetic and lively woman whose face and character might finally leave a mark on him.

If action  is more your style, then Project Power has to be on your list. The upcoming Netflix film stars Jamie Foxx as a man desparate to save his daughter amid the drug-addled underground scene—only, the drugs here are on another level. Everyone is fighting over a pill that gives human beings a superhuman ability for five minutes, and it looks like Foxx's character has something to do with it. He is joined by Joseph Gordon-Levitt in this adrenaline-pumping movie.

This forthcoming Korean drama series promises to be a bright and fun one. It stars Go Ara as a sunny and happy pianist named Goo Ra-Ra—hence the musical notes as a title—who becomes bankrupt and ends up in a small piano academy named La La Land in a rural area. There, she meets the mysterious Sun Woo Joon (Lee Jae-Wook), who seems to be hiding quite a lot of secrets.

The sequel to the 2015 sleeper indie hit Ang Kwento Nating Dalawa by director Nestor Abrogena is coming to bring in the feels. We revisit the bittersweet non-relationship relationship of Sam (Nicco Manalo) and Isa (Emmanuelle Vera) years after they've gone their separate ways. With each having their own partners, the sequel shows how well—or not so well—they've moved on.

Probably best to watch this K-Drama armed with a buttload of snacks. Park Jin Sung (Jung Il Woo) is a cook struggling to make ends meet. He pretends to be gay in order to get on a cooking show handled by Kim Ah Jin (Kang Ji Young), one of the regulars at the resto he works at—and the two become entangled with fashion designer Kang Tae Wan (Lee Hak Joo).

The World of the Married

This controversial and gritty drama is sure to have you binge-ing till morning. It tells the story of respected physician Ji Sun Woo (Kim Hee Ae), who appears to have the perfect life with a loving husband, Lee Tae Oh (Park Hae Joon) and son, Joon Young (Jeon Jin Seo). Her world falls apart when she discovers her husband has betrayed her, and her quest for revenge leads the family on a dangerous ride.

Check out this video to see what else you can expect from Netflix in August:

Adventurer Savvy Seasoned Netflix Streaming Services K-drama Tayo Sa Huling Buwan Ng Taon Kung Paano Siya Nawala Do Do Sol Sol La La Sol 200 Pounds Beauty Sweet Munchies World Of The Married Project Power Nightcrawler Oceans 8 Kimmy Schmidt
Your Guide to Thriving in This Strange New World
Staying
In? What to watch, what to eat, and where to shop from home
OR
Heading
Out? What you need to know to stay safe when heading out