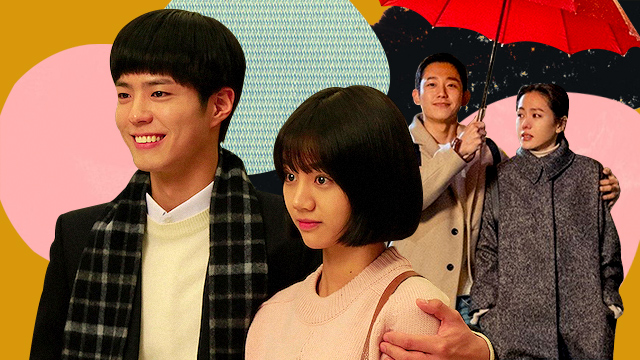 10 Wholesome K-Dramas to Stream, According to Running Time

Cleanse your mood with these series!

(SPOT.ph) Are your crops withered, brain cells empty, and reasons to live non-existent? We feel you. There is a whole lot of stress hanging in the air lately and to combat it, well, we suggest taking some time off for a feel-good K-Drama. And not just any K-Drama, but the type that makes you believe there are still good people in the world—and that yup, you too can be better. Below, we round up some titles that will give you a good dose of wholesome views ranked from shortest to longest running time!

Cleanse your soul with these 10 wholesome K-Dramas

When a person suddenly passes away, who comes to clean up everything they left behind? Enter the “trauma cleaners.” This is the work the young Geu Ru (Tang Joon Sang)—who has Asperger’s, used to do with his father—until his own father’s untimely demise. Geu Ru is then left to the care of Sang Gu (Lee Je Hoon), his ex-convict uncle, who is the exact opposite of his brother. The two, unmatched as can be, are then left to run the family’s cleaning company all while unravelling their own past traumas.

A retired old man who hasn’t given up on his dream and a young man just about ready to give up on his cross paths. Their goal? To become ballerinos. Sim Deok Chul (Park In Hwan) may be 70-years-old and could have Alzheimer’s but his optimism—in the face of even a disapproving family—is exactly the inspiration the younger Lee Chae Rok (Song Kang) needs to become a ballet dancer like his mother.

Three 30-something-year-old women are the best of friends just trying to make it through life, each one with their own different path. Jin Joo (Chun Woo Hee) is a writer currently working on a 16-episode series with a prickly director, Eun Jung (Jeon Yeo Bin) is a successful documentary filmmaker whose fiancé passed from cancer, Han Joo (Han Ji Eun) is a single mom and marketing executive. Hilarity ensues when they all somehow end up entangled in the making of Jin Joo’s show.

Two childhood friends cross paths again as adults—only they’ve switched fortunes. Kim Hye Jin (Hwang Jeung Eum) was once rich and pretty. When her family business goes bankrupt, though, things go downhill. Meanwhile, her old friend Ju Sung Joon (Park Seo Joon), who was once a shy boy with low self-esteem, grows up to become a chief editor—right at the magazine where Hye Jin works. We know you’re thinking this is probably just another “makeover” story (Read: “ugly” girl takes off her glasses and suddenly she’s gorgeous and worthy of the guy’s attention). Trust us when we say it isn’t! Yes, there is a makeover for sure, but there’s a different, more honest take to this series’ happy ending.

The extravagant Louis (Seo In Guk) is the heir to a chaebol—which means that yup, he can buy pretty much anything he wants. When he loses his memory, he ends up in the care of Bok Shil (Nam Ji Hyun) who teaches him the true worth of things, both tangible and not. There’s always something great about watching two people from different worlds fall for each other. To add to that unbeatable romance equation, both Bok Shil and Louis’ innately good characters are hard not to love.

Number of episodes: 16
Usual length per episode: One hour and 10 minutes or so
Estimated total running time: 19 hours
Where to stream: Netflix

If you’re running low on romantic content to warm your cold heart, then put this on your watch-list. This one follows the love story between a quiet sprinter-turned-aspiring-sports agent and a feisty translator that he ends up working with. Ki Seon Gyeom (Im Si Wan) is a moderately successful athlete from a rather well-off environment. When his innocent worldview clashes with that of Oh Mi Joo (Shin Se Kyung), a movie fan who grew up an orphan, sparks begin to fly.

Number of episodes: 16
Usual length per episode: One hour and 15 minutes or so
Estimated total running time: 20 hours
Where to stream: Netflix

Ah, we can’t not have included this popular series! The relationship between former big-city dentist Hye Jin (Shin Min A) and jack-of-all-trades Du Sik (Kim Seon Ho) in an idyllic seaside village is both wholesome—as they motivate each other to be the best versions of themselves—and painfully real (no spoilers here!). This romantic series has gotten the rep of being so good, it’s dubbed as “healing” for the most part, and we couldn’t agree more.

Number of episodes: 16
Usual length per episode: One hour and 15 minutes or so
Estimated total running time: 20 hours
Where to stream: Netflix, WeTV iFlix

Who doesn’t love a good opposites-attract type of romance? Jang Sun Gyeol (Yoon Gyun Sang) is a man with a severe case of mysophobia, a.k.a. a fear of germs, so much so that he made it his business. He owns and manages a cleaning company cutely named Cleaning Fairies. Things get complicated when he meets Gil Oh Sol (Kim Yoo Jung) who is all charm but doesn’t really care much about hygiene.

Number of episodes: 16
Usual length per episode: One hour and 20 minutes
Estimated total running time: 21 hours
Where to stream: Netflix

If a romance with deeper themes—and unexpectedly wholesome bed scenes—is something you’re looking for, then check out the poignant Something in the Rain. This sweet drama about an older woman falling in love with her best friend’s younger brother is as realistic as it gets, which means the tears—and the butterflies—are very real. Not only is it hard not to be invested as they fight for their “taboo” relationship, but the chemistry between Jin Ah (Son Ye Jin) and Joon Hee (Jung Hae In) just has us deeply hooked.

Number of episodes: 20
Usual length per episode: One hour and 30 minutes or so, finale is two hours long
Estimated total running time: 30 and a half hours
Where to stream: Viu

We’re sure you’ve heard about the popular Reply series—or at least the 1988 one. This nostalgic series gained popularity for the nostalgic and poignant coming-of-age tales it carries, and while it may be the longest one on our list, it is definitely worth the time. The wholesome stories revolve around themes of family, community, and friendship. In 1988, we follow Sung Duk Seon (played by the hilarious Lee Hye Ri), famous for having ranked 999th in their school, as she goes through her growing-up years. With her are her four friends, Jung Hwan (Ryu Jun Yeol), Sun Woo (Go Kyung Pyo), Choi Taek (Park Bo Gum), and Dong Ryong (Lee Dong Hwi).