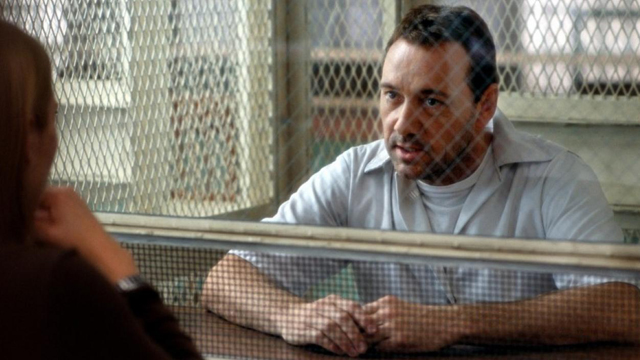 Sometimes, a Netflix movie is all it takes.

(SPOT.ph) The imposition of death penalty has always been a controversial issue in the Philippines. Questions by opposing sides are often raised: How sure are we that the person in death row is guilty? Is the Philippine judicial system enough to decide about a matter of life and death? How can heinous crimes be prevented if not by extreme punishment?

During Jessica Soho's interview with presidential aspirant Ping Lacson, it was revealed that he changed his perspective about death penalty. He was once a staunch advocate for the reinstitution of capital punishment, having proposed Senate Bill 27 in 2019, which seeks to reimposes the death penalty on heinous crimes. He formally withdrew his principal authorship in November 2021, and said in a statement that life imprisonment and penal reforms are better alternatives. This change of heart came after he streamed online the 2003 film The Life of David Gale, which must really be a life-changing movie as Soho pointed out to Lacson: "All it took for you to change your stand on the death penalty is a Netflix movie?"

Here are true-crime shows on Netflix that may or may not change your stand about death penalty:

Directed by Alan Parker and co-produced by Nicolas Cage, this 2003 film follows professor and anti-death penalty advocate David Gale (Kevin Spacey). He loses a televised debate against the Governor of Texas after being unable to present a case of an innocent person who's wrongly executed. After a turn of events, he is convicted for the rape and murder of his close friend Constance Harraway (Laura Linney) and is scheduled to be executed. Is Gale guilty or not? Investigator Bitsey Bloom (Kate Winslet) seeks to find the truth. The Life of David Gale, which is actually fictional, was given zero stars by Chicago Sun-Times movie critic Roger Ebert.

Television documentary series Inside the World's Toughest Prisons shows life in 19 prisons across the globe. There's the Danli prison in Honduras, where inmates themselves act as prison guards; Poland's Piotrków prison, where inmates stay in their cells up to 23 hours a day; and Brazil's Porto Velho penitentiary, where the country's two leading drug gangs are often in conflict. It also has episodes about prisons in the Philippines, where overcrowding is a rampant issue. Hosted by Paul Connolly, Inside the World's Toughest Prisons has a total of 19 episodes spread out in five seasons.

The Green Mile brings a fantastical twist to the death row. This 1999 film, which is based on a 1996 novel of the same name, stars Tom Hanks as prison guard Paul Edgecomb in the 1930s. For some mysterious reason, as series of supernatural events occur when convict John Coffey (Michael Clarke Duncan) arrives at the facilty, including the healing of Paul's bladder infection.

Baesed on the 2009 The New Yorker article "Trial by Fire" by American journalist David Grann, this 2018 true-to-life film follows Cameron Todd Willingham (played by Jack O'Connell) time on death row. He was convicted and executed for the murder of this three daughters and arson of their home in Texas. Willingham's case was made more complicated and controversial when the local governor allegedly replaced three of the nine members of the forensic team.

In five episodes, docuseries World's Most Wanted puts the spotlight on five people who have evaded arrest despite commiting the most heinous crimes. There's Mexican drug lord Ismael "El Mayo" Zambada Garcia, who allegedly heads an international crime syndicate in Sinaloa; Félicien Kabuga, who's accused of financing the Rwandan genocide in the '90s; Samantha Lewthwaite, wife of one of the suicide bombers in the 2005 London bombings; Russian mobster Semion Mogilevich; and Cosa Nostra mafia leader Matteo Messina Denaro.

I Am a Killer compiles interviews with death-row inmates convicted of capital murder. Viewers are either "gripped" or "heartbroken" by stories told through this two-season docu-series. Aside from first-hand accounts, it also shows evidence, statements from authorities, and the side of the victims' families.