Netflix Shows About Con Games: Inventing Anna, I Care a Lot
Loading
Already a member? Log in
No account yet? Create Account
Spot.ph is your one-stop urban lifestyle guide to the best of Manila. 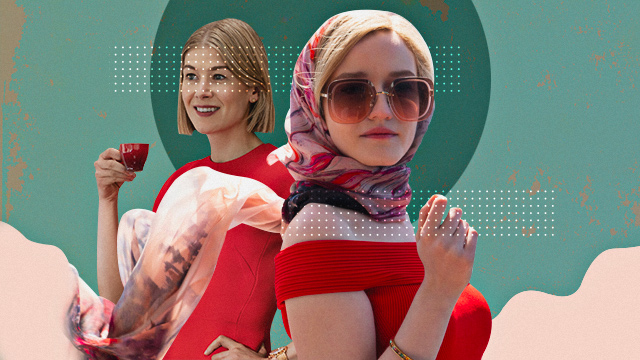 Vicariously speaking, that is.

(SPOT.ph) Sometimes we like to fool ourselves—or in the case of these shows, fool others. We're sure you've heard the buzz surrounding Netflix's latest true-crime docuseries Inventing Anna. Whether or not you've already binged the series, there's no doubt there's a fire in you that wants to see more of these fraudulent schemes play out—not in real life, we hope, but on your screen. So we round up a few more titles to stream in case you want more con content.

Also read: 10 Drug-Related Crime Shows You Can Stream on Netflix

In it for the long con? Check out Inventing Anna and more on Netflix:

The con: A fake socialite manages to manipulate New York City's high society into believing she's a German heiress, proceeding to live in the lap of luxury for months. Yup, the Big Apple's richest and supposed brightest. This multi-episode series all stems from the reportage of a single journalist on Anna Delvey—a true story, indeed.

The con: A professional thief uses all possible tricks in the book to achieve the status of a gentleman burglar—as inspired by the tale of Arsene Lupin. Con artist with an origin story? You know it. His father was framed for theft when he was just a teenager, leading him down a path of vengeance. This popular French series stars Omar Sy as Assane Diop; Netflix has already renewed it for a third season!

The con: A supposed luxury music festival that went to absolute shit in 2017, courtesy of con artist Billy McFarland (now convicted). We're sure you've seen all the memes, twitter reacts, GIFs, clips, and more—cue Andy King and the water situation—but trust us, this crazy documentary has to be seen to be believed.

The con: Based on the story of Robert Freegard, a con artist who charmed folks and bled their bank accounts—really the least of the terrible things on his extensive list. Freegard continued his devious charade for around two whole decades. This three-episode docuseries dives into how he did it, and more importantly, how he was found out.

The con: You've probably never met a catfish like this. Well, for your sake, we certainly hope not. This documentary looks into the ways of conman Simon Leviev whose main playing ground was yup, Tinder. His SOP? Swipe right, spoil, seduce, take money, and then ghost—until women finally decided to fight back. Okay, that was a terrible summary but trust us, this documentary dives deep into the real horrors you might find on dating apps, and we mean far beyond cheesy bios.

The con: Essentialy, the entire system of corporations. With six episodes at one hour each, this docuseries looks into the undercurrents of different big companies through specific issues: think pharma, banks, manufacturers—even Donald Trump. Just, everything in general about that last one. If you think we aren't being connned as a collective, then this series might just be a gateway.

The con: A bunch of hustlers find a way to cheat money from the system; they cash in big—until they start turning on each other. Sound like a movie? Well, this French documentary shows how it happened in real life, as a couple of scammers find a way to cash in on the EU carbon quota system. Now years later, we get an irreverent lookback led by one of the hustlers themselves: Mardouche “Marco” Mouly. He definitely seems like a fun guy and adds an added almost-comedic edge to this docu, but we suppose that's the point (of the con or of the show or of both? Who knows for sure).

Made You Look: A True Story of Fake Art

The con: US $80 million dollars' worth of fake art, as sold by one "dealer" named Glafir Rosales over the course of nearly a decade to a New York art dealer. Oh yes, these Rothkos and Pollocks were all declared authentic by art experts—a factor this documentary definitely looks into. And if you want to know who was behind all the "fake" art that fooled thousands, then you'll have to watch it.

I Care a Lot

The con: We can't forget Marla Grayson and her ways of "caring a lot" for old people and all their worldly belongings. This unforgiving Rosamund Pike character is arguably the first Netflix con artist to make it big in the local streaming scene, with our apologies to the real-life Anna Delvey. We're sure you wouldn't mind giving this cold, tenacious schemer another watch—if only for that satisfying ending.