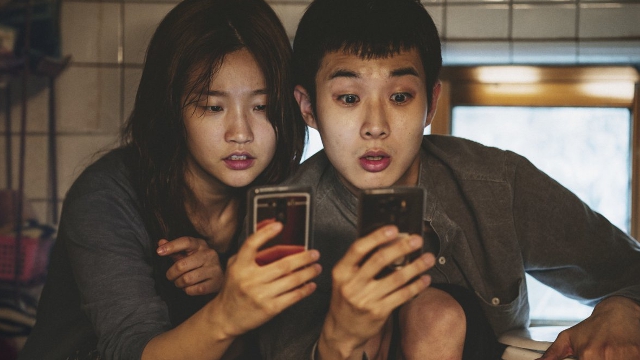 Cancel Your Night Out: Parasite Is Streaming on Netflix Next Week

Here's when it hits the streaming platform.

(SPOT.ph) Finally, it’s time to once again eat the rich… er, we mean, watch… the rich in social commentary, multi-layered, and Oscar-winning film Parasite! Netflix Philippines has announced that the acclaimed South Korean film will be dropping on their streaming service on Friday, May 13. This is the film’s first time hitting Netflix PH and it’s not currently available on any other digital platform, so now’s definitely the time to catch it, if you missed it in cinemas!

Also read:
Bong Joon Ho Has Finished the Script for a Parasite Follow-Up
10 Times Parasite Director Bong Joon Ho Was a Gift We Did Not Deserve
A Parasite Series Is In the Works at HBO

Parasite Is Streaming on Netflix PH Starting May 13

Directed by Bong Joon Ho, the film follows the story of a poor family in South Korea conning their way into the luxurious home of a rich family, only to discover that the rich family’s long-time housekeeper has been keeping a dark secret hidden within the house.

The 2019 South Korean film swept up awards at the 92nd Oscars, where it won Best Picture, Best Director, Best Original Screenplay, and Best International Feature. The film paved the way for Asian and Asian-American cinema at the prestigious award show, which—in more recent years—has recognized the works of Chloé Zhao (Nomadland) and Ryusuke Hamaguchi (Drive My Car) in the Best Picture and Screenplay categories.

Aside from this, the film also had a dominant presence in pop culture. You’ve probably already seen someone share the meme of a disgruntled Song Kang-ho in response to someone saying “the rain was such a blessing.” We’ll show it anyway because it’s too good.

Parasite is streaming on Netflix on May 13.