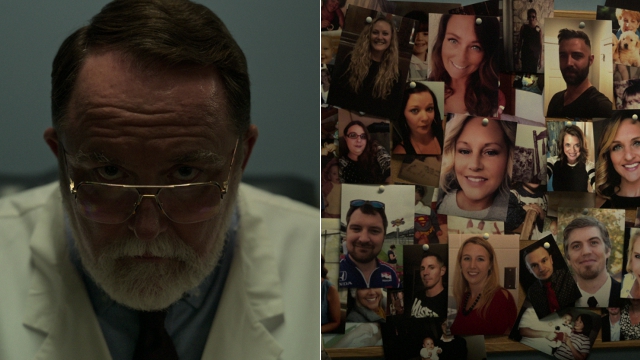 Disturbing Movie Alert: This Man Had a Hundred Kids Without Consent in New Netflix Documentary

He was the doctor attending to the mothers.

(SPOT.ph) As if our current state of living wasn’t paranoia-inducing and depressing enough, why don’t we check out some streaming documentaries to see what other messed up happenings are going on in other parts of the world right now. Who knows, it might take your mind off of… all this.

Also read:
The Burari Deaths Is a Gripping New True-Crime Netflix Gem to Put on Your Watch-List
Obsessed With Cecil Hotel? Here's Why You Should Stream Night Stalker Next

As destiny would have it, Netflix has just released a new documentary with a premise that seems like it’s derived from some forgettable comedy flick, but upon further investigation reveals itself to be equal parts weird, disturbing, and frustrating. The film is Blumhouse’s Our Father, which is now streaming.

Blumhouse Documentary Our Father Is Now Streaming on Netflix Philippines

What if your father wasn’t your biological father, and your actual biological father was your mom’s former fertility doctor instead? This is the shocking question at the heart of the new documentary Our Father, which attempts to uncover the truth behind one fertility clinic scandal that resulted in nearly 100 (and counting!) babies coming from the same father.

The 97-minute documentary exposes the truth behind the sordid story of a fertility doctor impregnating his unknowing patients with his own sperm. The story is told by the children, who discovered the dark secret behind their lineage themselves, and by the women who were impregnated without consent. Throughout the retelling, you’ll be shocked as to how far the consequences of one man’s actions reach and by the lengths he will go to try and bury the truth.

The documentary does stay true to its commitment of exploring the why behind it all, which takes the narrative to interesting discussions of topics related to sex, religion, race, and gender. It’s disturbing to see a crime so unusually specific actually done onto unaware innocents, but the documentary is also quite gripping. You keep watch just to see how deep the rabbit hole goes—just a warning: it goes hella’ deep.

Our Father is now streaming on Netflix.