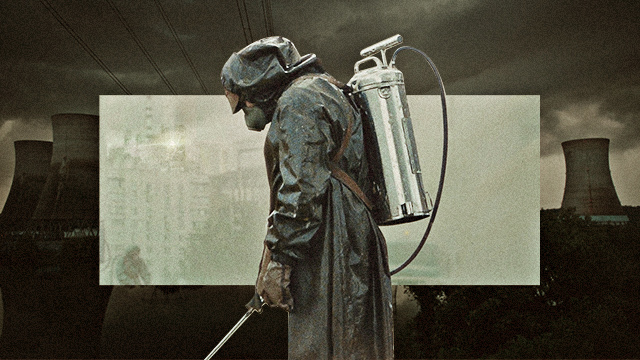 Because Chernobyl and Fukushima actually happened.

(SPOT.ph) Energy, whether the first fire that humanity discovered (and controlled) or the coal power plants that generate electricity, has always been intertwined with our evolution. And as our oil and coal reserves dwindle, nations continuously push the envelope when it comes to harnessing nuclear reactions to produce electricity. (Although, of course, it can be argued that nuclear energy is also a non-renewable energy source, much like fossil fuels—but we digress.)

Operations at nuclear power plants commonly involve the use of uranium and plutonium, two radioactive chemical elements, and inducing nuclear fission to produce a large amount of energy. And if there's anything we know about handling radioactive elements, it's that it doesn't always end up well (and the "end" extends for a very long time). Just look at what happened at the Three Mile Island Nuclear Generating Station in Pennsylvania in 1979, Chernobyl Nuclear Power Plant in the Soviet Union in 1986, and Fukushima Daiichi Nuclear Power Plant in 2011.

In case you haven't heard about any of these tragic accidents that involve nuclear power plant meltdowns, there are a number of documentaries that narrate what really happened out there through interviews and evidence. There are also fictional films that emphasize the risks of nuclear power plants.

Also read:
Netflix Shows That May or May Not Change Your Stand On Death Penalty
10 Drug-Related Crime Shows You Can Stream on Netflix

Check out these documentaries and movies on nuclear power plant disasters:

So what really happened in Chernobyl? HBO's 2019 five-episode series recreates the story of the Chernobyl Nuclear Power Plant disaster, which happened on April 26, 1986. Considered the worst nuclear disaster in history, the accident occurred during a safety test on the steam turbine of one of the nuclear reactors. The testing involved a planned decrease of power, but the power output went too low that scientists in the control room were unable to restore the power. The reactor reverted to an unstable condition; then, an uncontrolled nuclear chain reaction began. The meltdown ruptured and destroyed the whole reactor building, then triggered the release of radioactive contamination in the air. This effectively cause radiation exposure to the populace of Ukraine, Belarus, and Russia; and turned nearby areas into ghost towns as not only people but also plants and animals were killed. On the seven-level International Nuclear Event Scale, the Chernobyl disaster is on the seventh (major accident with an impact on people and the environment).

Chernobyl, the dramatized mini-series, looks at the lesser-known stories in this global tragedy, such as the efforts of the firefighters to douse the explosion and the miners that dug a tunnel under the reactor to alleviate the meltdown. It is mostly based on interviews with Pripyat locals, as compiled in Belarusian Nobel laureate Svetlana Alexievich's book Voices from Chernobyl.

The four-part documentary series Meltdown: Three Mile Island narrates the nuclear catastrophe that happened at the Three Mile Island nuclear power plant located on a sandbar on Pennsylvania's Susquehanna River in 1979. It is rated Level 5 (accident with wider consequences) on the seven-point International Nuclear Event Scale. The partial meltdown that began at 4 a.m. on March 28, 1979 was the effect of the mechanical failure of a non-nuclear secondary system within the power plant, which was followed by a valve that was stuck open. This allowed nuclear reactor coolants to escape. (Note: Nuclear power plants always need coolants because nuclear reactor cores can heat up big time. Interestingly, coolants can sometimes contain radioactive elements themselves as a byproduct of nuclear fission.) Nearly two million people were exposed to some amount of radiation. The other unit at the Three Mile Island Nuclear Generating Station was in use until September 30, 2019.

Free-to-stream documentary Frontline: Inside Japan's Nuclear Meltdown tells the true story behind the Level-7 nuclear accident at the Fukushima Daiichi Nuclear Power Plant in Ōkuma, Fukushima, Japan, which was mainly caused by the magnitude nine Tōhoku earthquake and tsunami (a.k.a. Great East Japan Earthquake). When the active reactors at the nuclear power plant detected the earthquake on March 11, 2011, the machines automatically shut down the ongoing fission reactions. This caused a failure in the electricity supply, which was necessary in keeping the coolants working. Without continued circulation of the coolants, the heat coming from the fission reaction wasn't extinguished. On top of that, a 14-meter tsunami hit the plant's seawall and flooded four reactor buildings, adding to the failure of emergency generators and complete loss of power. Three nuclear meltdowns, three hydrogen explosions, and the release of radioactive contamination followed. More than 100,000 residents were evacuated and large amounts of water were contaminated.

Frontline from Fukushima with Joel Lambert (2016)

Where to stream: discovery+

Joel Lambert, a former Navy seal, visits Fukushima in 2016, five years after the Level-7 nuclear disaster. In the documentary, he interviewed engineers and staff, who are still working on decommissioning the power plant, decontaminating the immediate environment, and other challenges in disposing of radioactive waste.

Where to stream: discovery+

This 42-minute documentary looks at what's life like in Chernobyl 30 years after the nuclear power catastrophe. Two scientists explore the impact on animal life within the danger zone, which was once a haven for wildlife before the meltdown.

During the Fukushima accident, 50 employees remained on-site after 750 other workers were evacuated. The group, though their numbers grew after reinforcements came, were referred to as the Fukushima 50; and they were assigned to stabilize the reactors. Fukushima 50, which is directed by Setsuro Wakamatsu and written by Yoichi Maekawa, depicts the bravery of these men and women. It is largely based on the book On the Brink: The Inside Story of Fukushima Daiichi by Ryusho Kadota.

If HBO Go's Chernobyl dramatizes the nuclear disaster, Chernobyl 1986 follows the story of a fictional firefighter, one of those who is tasked to contain the meltdown of one of the reactors at the power plant. Danila Kozlovsky, who also directed the film, stars as 30-year-old Pripyat firefighter Alexey Karpushin. In the story, Karpushin may be the one at the front lines, but it's his son who's at the risk of dying because of radiation exposure.

Inspired by the Fukushima tsunami and nuclear plant meltdown, the Korean thriller Pandora imagines a town that's powered only by the local power plant. Kang Jae-hyeok (Kim Nam-gil), the story's protagonist, works at this nuclear power plant. When the earthquake hit, he hesitantly agrees to be part of a rescue mission to contain the reactors and prevent another meltdown.