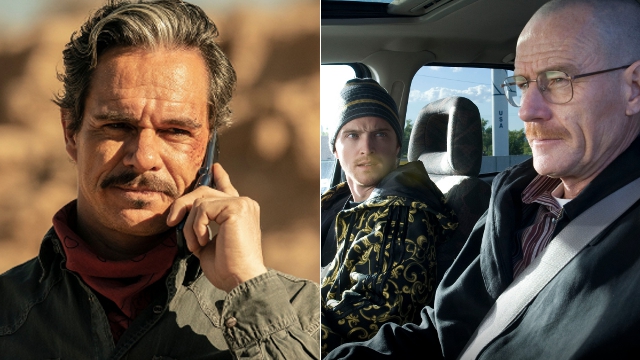 Walter White is set to appear this season.

(SPOT.ph) As we delve deeper and deeper into this modern era of streaming services, it seems that we stray further from the late 2000’s “Golden Age of Television” that produced popular programming such as The Sopranos, The Wire, Mad Men, Game of Thrones (well, the early seasons anyway), and much more. Nowadays, due to the wide availability of many shows and freer reign to choose which shows you consume, the pass time of watching television has become very streamlined and segregated into niches that people of the same household can now have their own wholly different catalogue of titles.

One of the series that has crossed over from the 2000’s Golden Age of Television to the ongoing age of streaming is the world of Breaking Bad, as its prequel series Better Call Saul has been a mainstay at Netflix for most of its airing, while keeping true to the weekly release and overall television model of its predecessor.

Better Call Saul is in the middle of its final season, with six more episodes left to go and cameos from Breaking Bad main characters Walter White (Bryan Cranston) and Jesse Pinkman (Aaron Paul) confirmed to be on the way.

Here’s why you should binge Better Call Saul on Netflix now, ahead of its series finale:

Better Call Saul is set some few years before the rise of Walter White’s meth empire in Breaking Bad. Saul follows the early days of the drug trade in Albuquerque, New Mexico through the eyes of Jimmy McGill (Bob Odenkirk), as he transitions from wannabe defense attorney to criminal lawyer Saul Goodman, and Mike Ehrmantraut (Jonathan Banks), a former dirty cop who’s trying to scrape together money to provide for his granddaughter.

What Better Call Saul is able to deliver is two shows for the price (i.e. watch time) of one; a show about a sleazy, conman lawyer who loves showmanship and bending the law to his will, and another show about the escalation of a drug war between the cartel and a fast-food chicken franchise in New Mexico. The two narratives, one a lawyer show starring McGill and the other a drug-cartel show starring Ehrmantraut, rarely intersect—despite literally being the same series—but when the paths of these two men do collide, it only spells danger and good, old-fashioned, television entertainment.

While the series does well to provide you your weekly dose of entertainment with interesting and unique cons and drug operations—something you’re unlikely to see on any other television show nowadays—its main strength lies in its dynamic and dramatic character work. You sympathize for the two protagonists’ journeys, as they continue to sacrifice pieces of their soul in order to find the happiness and peace they yearn for. Knowledge of the events of Breaking Bad makes these decisions even more foreboding, as you’re aware that every decision these characters make brings them closer to the destructive path of Walter White.

Majority of the prequel series’ cast is made up of characters who aren’t seen in Breaking Bad, which should already give you a hint as to what lies in store for them in the series. Interestingly, however, the series plays around with and dissects the characters to the point that their inevitable fates always come off as shocking. No exaggeration, the series straight up tells you what will happen to the characters early on, and somehow Better Call Saul fans still get surprised when the series actually does it. The writers just know how to play with expectations.

This bodes well for the inevitable (and also already announced) cameos from Cranston as Walter White and Paul as Jesse Pinkman sometime in the final six episodes of the series. If this were any other prequel series pulling in cameos from the more well-known predecessor, eyes would roll at the forced inclusion, but with Better Call Saul, it just seems like a natural progression. The writers have also had a track record on the series of not using Breaking Bad characters in a wink-to-the-audience way.

With the final season about to wrap up, now’s the perfect time to start that binge watch of the series, especially if you’re a Breaking Bad fan. For those unfamiliar with either, just know you’re treating yourself to a riveting and tasteful criminal drama that has possibly the most compelling visuals of any television show right now and definitely the most unique characters you’ll find on television.