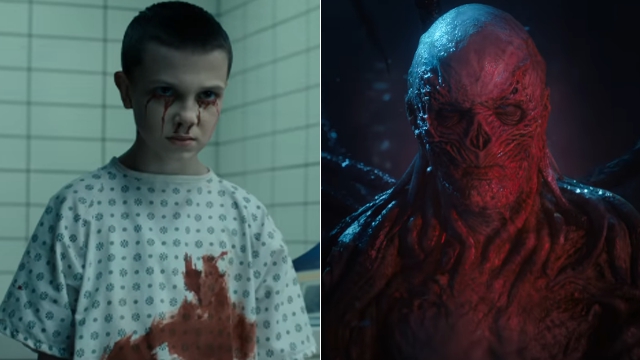 (SPOT.ph) The crown jewel of Netflix original series, Stranger Things has finally made its long-awaited return with the release of the first part (or “Volume”) of its fourth season. If you’re here, you’ve probably binged all seven new episodes over the weekend. Confused about that Ferdinand Marcos appearance? Still crying over the “Dear Billy” episode? We feel you.

However, what we all want to know is what was up with that out-of-left-field twist in the finale? And where does the series go from here? Well, hold on tight as we breakdown that literal Upside Down cliff—well, more of rope—hanger of Stranger Things 4. It goes without saying, but spoilers ahead.

Peter Ballard Is Henry Creel and Number One in Stranger Things Season 4:

The twist of the mid-season finale of Stranger Things 4 is that the kindly Hawkins Lab orderly that Eleven (Millie Bobby Brown) recalls in her flashbacks throughout the season is actually Henry Creel, the mysterious “Number One,” and the main antagonist of the series, Vecna. Still processing? Let’s back up a bit.

The character starts off as Henry Creel, a young boy who moves to Hawkins in the late 1950s after his father Victor Creel (Robert Englund) settles down after fighting in World War II. The young Henry turns out to have the same psychic/telekinetic powers as Eleven would just a couple years later, but he’s no angel. He grows resentful towards his parents after psionically discovering their darkest secrets, and condemns them and his sister to death.

However, now orphaned, the young Henry is taken into the “care” of Hawkins Lab’s Doctor Brenner (Matthew Modine) who labels him as “001,” the first in the long line of super-powered test subjects that’ll eventually produce Eleven.

About two decades later, Henry is now known as Peter Ballard (Jamie Campbell Bower) and is an orderly at Hawkins Lab—but has a chip implanted in his neck, presumably to suppress his powers. He gets close to Brenner’s favorite test subject Eleven and tricks her into removing the chip from his neck. He then goes on a murder spree, killing the staff and the 15 other child test subjects at the lab. Afterward, he invites Eleven to join him in taking over the world—Darth Vader to Luke Skywalker style—but she lashes out at him and involuntarily opens one of the first portals to the Upside Down, which he goes flying through.

It's in the Upside Down where Ballard turns into Vecna, the “evil wizard” that plays the main antagonist of this series. It’s not explained entirely how he becomes Vecna, as the scene that depicts the transformation is what closes out the first volume, but we can assume it’s due to his immense power drawing in the energy of the Upside Down.

It’s possible that this “twist” originates from a popular fan theory that circulated around the time of the third season’s release, which theorized that “Number One” could be the Mind Flayer, a creature from the Upside Down and the main antagonist of the second and third seasons. Due to the Mind Flayer having somewhat similar powers to the experiments of Hawkins Lab and a specific desire to destroy Eleven, fans theorized that Number One could’ve possibly been the first Hawkins test subject lost to the Upside Down and transformed entirely to a new creature.

That didn’t turn out to be the case for the Mind Flayer as its origin remains unknown to this day, but we can see how that theory still proved mostly true, just in relation to this new Vecna character.

Is Season Four of Stranger Things the Last One?

Despite previously stating that Stranger Things would only go up until four seasons, the writers and producers of the series have stated their will be a season five, which would serve as the final season (for now). Season five is also not to be confused with Stranger Things 4: Volume Two, which is still coming out on July 1.

Volume Two will contain the two final episodes of Stranger Things 4; “Chapter Eight: Papa,” which has the runtime of one hour and 25 minutes, and “Chapter Nine: The Piggyback,” which has the insane runtime of two hours and 30 minutes. To put that into context, the finale will have roughly the same runtime as blockbuster films like Avengers: Infinity War and Dune.

Not much can be gathered from the titles alone, other than that we’ll see more of Eleven and now Number One’s relationship with Doctor Brenner explored in the penultimate episode.

We’re definitely itching to see how Nancy (Natalia Dyer) escapes Vecna’s curse, given that she hasn’t been shown to be a big fan of any particular songs this past season (which was shown how to break the curse, at least temporarily). We’re also quite curious as to how Hopper (David Harbour), Joyce (Winona Ryder), and Murray (Brett Gelman) are going to get from Russia to Hawkins just in time to save the day—if at all.

Until then, we’ll just keep our fingers crossed that staring at clocks too much doesn’t get us cursed by Vecna.