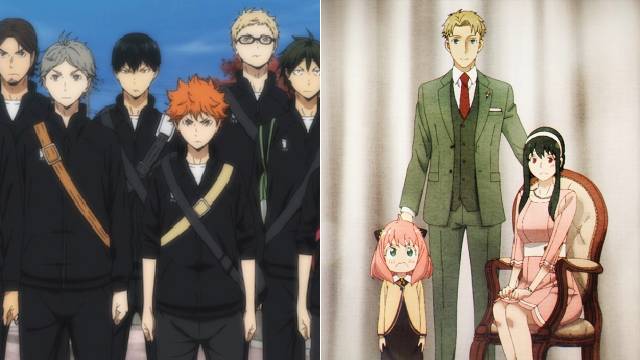 It's you and your comfort anime against the world.

(SPOT.ph) Imagine you're slaving away at the office: you're cranky and too exhausted to actually get things done. You slowly wait for the moment the clock strikes, waiting for the very second you're allowed to leave your prison, whoops, we mean, your office. You hurry home (as much as Manila traffic allows you) so you can finally settle down under the covers with your favorite feel-good anime on Netflix to keep you company for hours on end, feeling your week’s worth of stress and blues slowly but surely seeping away from your bones as you watch these heartwarming and lighthearted titles. Well, high chances are this highly specific situation doesn't need to be imagined. You're probably living it. So to make things a little easier, we round up a couple titles to help you get back in the groove.

Also read:
10 Anime Films That Are So #Aesthetic, You Won't Want to Look Away
These Cool Komiks-Style Illustrations Are Inspired by Popular Anime

Unwind with Hinata Shoyou, Kageyama Tobio, and the rest of the Karasuno boys volleyball team as they truly “one-touch” your hearts with their admirable teamwork and amazing friendship as they go on their journey to win the Nationals in one of the most popular sports anime Haikyuu!!.

Haikyuu!! currently has 4 seasons and four movie recaps. Although season one has already been removed on Netlfix and the movie recaps are soon to follow, better plan your binge-watching plans accordingly.

What would bloom between two (supposed) polar opposites? Horimiya revolves around two schoolmates—bright, popular school girl Kyoko Hori and gloomy, outcast school boy Izumi Miyamura. The two grow close after unexpectedly discovering unexpected sides of each other, leaving everyone in school wondering if they're a thing or not.

For someone who seems to be popular in school, Shouko Komi has trouble making friends due to her severe communication disorder, which no one knows about. Well, except for her seatmate, Hitohito Tadano, who accidentally discovers it and helps her with her goal of making 100 friends before graduating from high school.

Here's another sports anime to watch out for—but this time, you'll learn the art of cycling. Yowamushi Pedal follows the life of a shy high schooler Sakamichi Onoda who ends up joining his school's cycling club. If you haven't learned how to ride a bike, you would want to start or pick up where you left off after watching Sakamichi and his clubmates-turned-friends in their competitions.

This family of three looks normal and perfect on the surface, but are they really? A real family, we mean. Spy X Family is a wholesome anime that follows a spy, a skilled assassin, and one very cute telepath who pretends to be one completely normal family for a mission.

From his innings as a yakuza to doing all the household chores—The Way of the Househusband follows once legendary and feared crime boss Tatsu a.k.a "Immortal Dragon" who turned his back on his past life to be a full-time househusband to Miku, his beloved wife. Laugh as you watch the intimidating and roguish-looking man learn the art of sewing, preparing delicious bento boxes, and separating the light and dark clothes when it's time for laundry, among other things  (you might pick up a thing or two tips that could help around the house) in the Netflix series. Once you're done with the anime, you can also check out the live-action version also on Netflix.

Nothing says wholesome than interactions between cute middle schoolers Takagi and Nishikata who loves to tease one another (Nishikata fails to get back at her, though, sadly). The setting and bonding between the students will make you look back on your own personal grade and high school experiences as well, including your innocent puppy love.

The Daily Life of an Immortal King

When you're an overpowered immortal king, how could you even begin to live a regular life? As the title suggests, follow the daily life of the immortal king Wang Ling as he tries hard to become a normal student in a magic high school in this fantasy and comedy anime series. Out of the selection here, this animated series is the only one based on a Chinese novel of the same name.

Think Kuroko no Basket but without the glowing eyes and abilities to see the future. Yes, less powers. Ahiru no Sara is a realistic anime series following the life of  Sora Kurumatani with a promise to his mother to "dominate his first high school tournament." For when you're looking for another basketball-themed anime series, Ahairu no Sora got you.