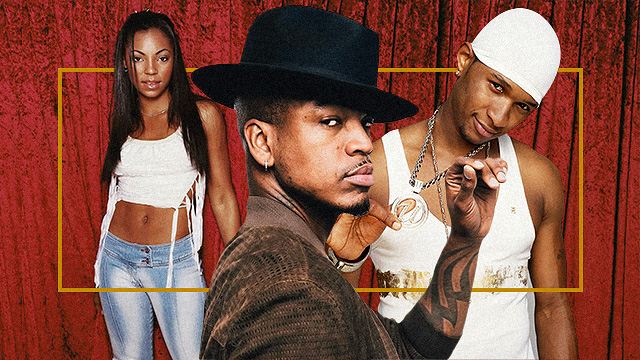 That is if you went to college in the early 2000s.

(SPOT.ph) Unless you married your high school sweetheart, college relationships are the worst. You're too young to be making stupid decisions, but you're also not that old to have the wisdom of a 30-something.  And when the relationship crumbles in the middle of finals week, you have to deal with the heartbreak while making your plates, finishing your term papers, or figuring out your problem sets. It's a good thing that the radio stations in the late '90s to the early 2000s often play R&B songs to match your feelings—as if someone out there heard about the breakup. (Yes, we also thought Wave 89.1's Sunday Slowdown and Dreamsounds existed for the sole reason of nursing our broken college hearts.)

Also read:
10 Underrated Breakup Songs That’ll Fuel All Your Feelings of Pain and Betrayal
10 Hauntingly Beautiful Song Covers You Should Have Heard By Now

Relive the pain with these R&B hits from the 2000s (and a couple from the '90s cause we can't resist the nostalgia):

Lyrics that matched the tequila shot/s: "Tell me why I should stay in this relationship / When I'm hurting baby, I ain't happy baby"

What's an R&B list without Usher? His song "Burn" topped the charts, including the United States' Billboard Hot 100 for eight non-consecutive weeks way back in 2004. The lyrics talk about breaking up with the love of your life because of irreconcilable differences, which in hindsight is probably a lot of bull but we digress. At the end of the day, you just have to "let it burn."

Lyrics that matched the tequila shot/s: "What if we were wrong about each other? / What if you were really made for me?"

A post-breakup song (e.g. running into a friend of your ex, as the first line goes), "What If" by Babyface pushes you to rethink if it was a good idea to break up in the first place. Maybe yes, maybe no. But the important thing is that the other party is happy, right?

Lyrics that matched the tequila shot/s: "Girl, lately my sun doesn't shine without you"

That limbo period between breaking up and moving on is almost like "a thousand days" passing by, as pointed out in the first verse of "Without You." And yes, it may feel like there's no way back from that, but that just isn't true. Maybe. Hopefully.

Lyrics that matched the tequila shot/s:  "Have you finally found the one you've given your heart to / Only to find that one won't give their heart to you?"

While we're on the topic of "loving somebody so much" (Brandy's words, not ours), the song "Have You Ever" articulates that all-too-cliche feeling after a breakup. The crying, the losing sleep, etc. The phrase "have you ever" is often repeated, and the answer is probably yes because this feeling is all too familiar.

Lyrics that matched the tequila shot/s: "Was I ever loved by you?"

Featured in the 2001 romantic comedy film Bridget Jones's Diary, "Out of Reach" sold more than 300,000 copies in the U.K. and topped the lists all over the world. It captures that moment after the breakup when you finally have it all figured out: "We were never / Meant to be." The lyrics deal more with the acceptance stage of your grief rather than the early sad parts, and end with "There's a life out there / For me." (Because there is.)

Lyrics that matched the tequila shot/s: "Just a week ago you were my baby / Now I don't even know you at all"

"Officially Mising You" is a lamentation about, well, missing someone. The song starts with "[hearing] of raindrops / falling on the rooftop" as if to set the mood. Based on the lyrics, the breakup happened two years ago ("Two years full of tears"), but it feels like it was just a week ago ("Just a week ago you were my baby").

Lyrics that matched the tequila shot/s: "And then I met someone / And thought she could replace you / We got along just fine / We wasted time because she was not you"

Feelings of regret are abundant in the song "I'd Rather." Much like Babyface's "What If," Luther Vandross' track questions the decision of breaking up with someone. There was time to assess and figure out what happened, and maybe find out if they get back together.

Lyrics that matched the tequila shot/s: "See, my days are cold without you / But I'm hurting while I'm with you"

American singer-songwriter Ashanti has the songs "Foolish" and "Unfoolish." The former talks about wanting to get back to your ex despite being treated so badly, which is always wrong. Trust us. The latter takes on a more power-woman stance. "I think I found my strength to finally get up and leave," it goes, after all the hurting, lies, and bullsh*it.

Lyrics that matched the tequila shot/s: "No more cryin' / None of your lyin' / You got to go, boy"

With a music video in a laundromat (what else), "Laundromat" is about a breakup done through the telephone. It's also sung as if it's a diaogue between Nivea and R. Kelly, achieving that interesting effect of one breaking up with the other after hints of cheating and lying. There's also a lot of cataloging in the lyrics, "Soap, powder, bleach, towels / Fabric softener, dollars, change / Pants, socks, dirty drawers," which ultimately compares breaking up with doing the laundry to get rid of the dirt.

Lyrics that matched the tequila shot/s: "Said I'm so sick of love songs, so sad and slow / So why can't I turn off the radio?"

Ne-Yo's "So Sick" agonizes being "so sick of love songs." We mean, what else would you listen to after a breakup, but love songs, right? (Not our rules.) Despite all the wallowing though, there is some intent to eventually be "over being blue." "Eventually" being the operative word.