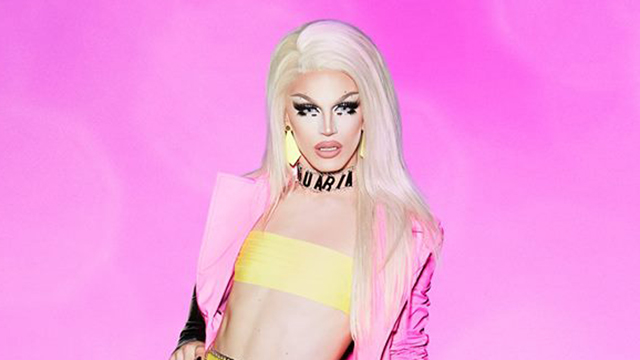 (SPOT.ph) It may take a little confidence boost to finally wear that cropped top or those extra tight pair of jeans, but for drag queens, that's nothing to stress over. Their wardrobe consists of anything and everything extra under the sun and the more elaborate and crazy it is, the better. They have mastered the art of donning over-the-top styles that still work.

RuPaul's Drag Race alum and season 10 winner Aquaria was popular on Instagram for serving up looks long before being on the show, so it only made sense that her followers wanted her to join the program and show what she's got. And show off she did: Aside from bagging her season's crown as the youngest competitor, the 23-year-old also slayed the game by bringing out one quality look after the other. Recently, she's been spotted at Pride parade with Lady Gaga and became the first drag queen to walk the fabulous pink carpet of the MET Gala, and if these frequent appearances at important events are any indication, it seems like we would see more from her soon—in awesome outfits, no less. We take a look back at her most memorable looks that have earned the admiration of many.

Here are some of Aquaria's best looks, in no particular order:

Pre-RuPaul Aquaria was already making rounds on social media and for good reason. Her looks are polished and clean yet creative and bizarre in a good way. This tiger-inspired floral look makes her look sultry without being boring—with all those colors and that get-up, how could she be?

You've probably heard of avoiding certain shapes or patterns when dressing up in order to downplay certain parts of your body you don't want the attention on, but for Aquaria, shapes are just a means to get more playful with her looks. This one boasts a geometric appearance in a sleek and shiny black. It's edgy, classy, and has seriously given us the push to be more bold, and maybe even try incorporating lightning bolts into our daily wardrobe.

She wore this look during the coronation of season 11 winner Yvie Oddly and it's only fitting for a queen to look just as good as she passes the crown on to her successor.

Drag queens are extra with everything—curves included—so it makes sense to amp it up every time they put on a new get-up. For the theme "Hats Incredible," Aquaria deviates from the usual and shows that you can still have killer looks sans all the curves, while still highlighting the avant-garde hat.

Most people think drag is just putting all the glitter and sequins you can onto an outfit, but each look is so much more than just looking good and being excessive with the whole performance. Take a cue from Aquaria who stole the show with her oil-spill mermaid look. Aside from appearing sleek and sexy, there's also a story and commentary on how mermaids, then the category of the challenge in that RuPaul episode, have been negatively affected by the pollution we humans inflict.

Count on Aquaria to make a grand entrance. Granted, all drag queens do, but this one is uniquely hers. The look features an all-red ensemble from her gloves down to her stilletos, and who can forget that belt bra and the spiky hair?

One of the challenges she faced in RuPaul's Drag Race was a test on how the queens project themselves as good and bad characters. Aquaria blew us out of the park by dishing out not one, but two looks that showcased her duality. One is light and feathery that features lavender and seafoam green tones while the other is bold with leopard print and blood stains (peep the exposed bones, too!).

Forget using masks to conceal who you really are: Go for something unabashedly transparent and you. This RuPaul season 10 finale pink carpet look from Aquaria is elegant but with her own spin on the classic masquerade—she wears an outline of a mask which only highlights her face even more. There's no hiding for this queen!

With how extravagant the MET Gala is every year, you would think that drag queens would be invited since they could easily bring the house down with their highly intricate outfits. Aquaria is actually the first drag queen to walk the MET Gala red carpet. The 2019 theme was Camp, an aesthetic style celebrates flamboyance and kitschiness. Drag queens are integral to the history of Camp and it only made sense for a queen who knows her fashion to walk the halls in style.