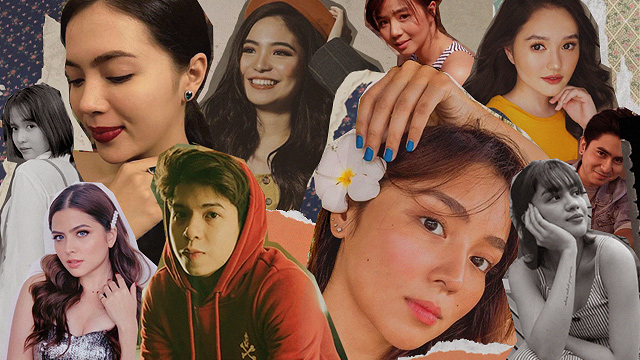 10 Goin' Bulilit Alums and What They're Up To Now

You've got to see their glow ups!

Goin' Bulilit, the country's longest-running kids' gag show, will have its final episode on August 4 after 14 years of being on air. It premiered in February 2005 and has since made thousands of Filipinos laugh, giggle, and even cry! Here's a throwback to the show's most emotional "graduations:"

This makes us wonder—where are the OG Goin' Bulilit kids now? Here are 10 of our faves who are all grown up:

What she's up to now: Kathryn Bernardo's latest film is called Hello, Love, Goodbye, a romantic drama where she stars opposite Alden Richards. She has won multiple acting awards over the years and is currently in a relationship with Daniel Padilla.

What she's up to now: Julia Montes was the subject of controversy when rumors of her allegedly giving birth to a baby girl in Germany broke the Internet in April 2019. Her latest starring roles were for Doble Kara (2015 to 2017) and Asintado (2018).

What she's up to now: Jane Oineza joined reality TV series Pinoy Big Brother: All In in 2014 and starred in the daring psychological thriller series Project Feb 14 opposite McCoy De Leon in 2019. She also appeared in the teleserye Los Bastardos.

What she's up to now: Alexa Ilacad has been busy with her singing career, releasing the tracks "Kung Pwede Lang" and "Kahit Saan, Kahit Kailan" in 2017. She has also starred in several episodes of Maalalaala Mo Kaya and Wansapanataym.

What she's up to now: Kristel Fulgar has turned into a vlogger. She recently made a Korean-drama version of a scene from Kadenang Ginto. Fulgar is also a dancer and singer, andhas starred in a film called Kahit Ayaw Mo Na in 2018.

What she's up to now: You can catch VJ Sharlene San Pedro on MYX. According to her MYX profile, she is currently studying psychology. San Pedro's latest film is Class Of 2018, a suspense-thriller movie about a group of high school students who have to fight for survival as a mysterious and dangerous virus spreads during a field trip.

What she's up to now: Miles Ocampo is taking up Malikhaing Pagsulat at the University of the Philippines - Diliman. She is currently part of the ensemble cast of Home Sweetie Home and has recently starred in the horror film Maledicto as Agnes, a possessed teenager.

What she's up to now: She's currently in a relationship with fellow Goin' Bulilit alum, Nash Aguas. In 2016, Mika Dela Cruz signed with GMA Artist Center and landed the role of Mia in the fantasy series Kara Mia. It tells the story of twins who share a single body.

What he's up to now: Nash Aguas starred in Class Of 2018 with San Pedro and was also part of the ensemble cast of The Good Son in 2017. Fun fact: Aguas recently bought a house in Las Vegas, Nevada.

What he's up to now: Also part of the film Class Of 2018, CJ Navato has starred in several Maalaala Mo Kaya episodes. He was also part of the teen-oriented TV series, Luv U, from 2012 to 2016.

Kathryn Bernardo Cj Navato Nash Aguas Miles Ocampo Kristel Fulgar Jane Oineza Sharlene San Pedro Julia Montes Alexa Ilacad Mika Dela Cruz Syndication
Your Guide to Thriving in This Strange New World
Staying
In? What to watch, what to eat, and where to shop from home
OR
Heading
Out? What you need to know to stay safe when heading out