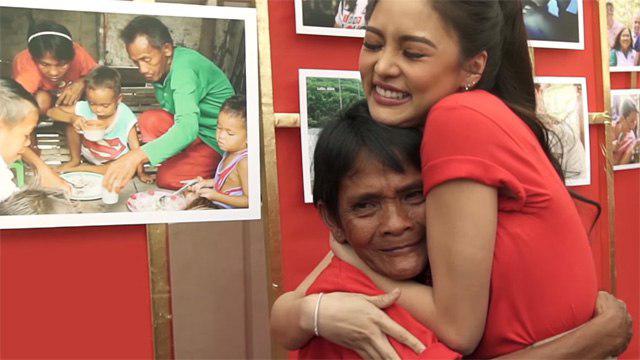 A Look at 11 Years of ABS-CBN Christmas Station IDs

Which one's your favorite?

(SPOT.ph) It's November, and while you may say it's too early to feel the Christmas spirit (it's not even December yet), Filipinos have zero chill when it comes to the holiday, and it starts as early as September. There are tell-tale signs that Christmas is upon us: decorations up in malls and homes, the shopping sales and discounts, planning potlucks parties, and yes, Jose Mari Chan rising from hibernation to sing his holiday jams. Another thing that lets you know Christmas is here? ABS-CBN Christmas station IDs. The 2019 one dropped just last night, as if you needed a reminder to start Christmas preps.

"Family Is Forever" is the 11th Christmas station ID from ABS-CBN, and it's sung by The Voice coaches Sarah Geronimo, Bamboo Manalac, and Lea Salonga, with The Voice Kids season-four contestants Vanjoss Bayaban, Carmelle Collado, Cyd Pangca, Angel Andal, Rhadni Tiplan, Alexa Salcedo, and Gaea Salipot. Celebrities always appear in the video, but charities, service workers, and Kapamilya families are invited, too. Aside from celebrating the family this Christmas, you'll also hear the first station ID “Bro, Ikaw Ang Star Ng Pasko” play in the middle of the song.

It's been 11 years of Christmas songs from the network and we're pretty sure you hummed along to at least one, without knowing it was a station ID. We list down the station's past 10 Christmas bops that got you feeling emotional, probably nostalgic, and at the very least, thankful for the season.

Here's a look at the past ABS-CBN Christmas station IDs:

Featuring the voices of various Kapamilya artists like Gary Valenciano, Yeng Constantino, and Martin Nievera, and highlighting the stories of Filipino people, "Family Is Love" focuses on the family. There might have been challenges throughout the year, but the Christmas season is best celebrated and felt in the company of family you can always come home to.

Dreamy lyre music opens up this Christmas song and highlight how love and compassion can resolve and overcome conflict. "Just Love Ngayong Christmas" once again features the voices of various Kapamilya stars. Various acts of love and generosity are peppered throughout the video, where normal everyday citizens take the time to share their blessings.

Overcoming struggles takes centerstage in 2016's station ID. Established athletes like Hidlilyn Diaz, and industry professionals reach out to the youth and other Filipinos in order to inspire them to reach their goals. The Voice coaches Sharon Cuneta, Manalac, and Geronimo sing once more, this time joined by The Voice Kids alums Joshua Oliveros, Lyca Gairanod, Elha Nympha, and Antonnette Tismo.

If you thought rival love teams couldn't collaborate on a project, Christmas just proved you wrong. Kathryn Bernardo and Daniel Padilla (KathNiel), Liza Soberano and Enrique Gil (LizQuen), and James Reid and Nadine Lustre (JaDine) sang this year's Christmas station ID titled "Thank You For The Love," which expresses gratitude for love and support, not just on Christmas, but all year round.

When Filipino kids go Christmas carolling, they often say their thanks by singing "Thank you, ang babait ninyo, thank you!" and this year's station ID is ABS-CBN's own take on the familiar tune. "Thank You, Ang Babait Ninyo" features The Voice Kids season one top four Gairanod, Darren Espanto, Juan Karlos Labajo, and Darlene Vibares.

In celebration of 60 years of Philippine television, ABS-CBN took the Christmas station ID as a chance to reach out to their viewers, both local and abroad. Seven stories were interwoven for this year, and each celebrity focused on their personal advocacies like women's health, helping the elderly, or supporting war veterans. Again, Manalac, Salonga, and Geronimo lend their voices for "Magkasama Tayo Sa Kwento Ng Pasko."

Inspired by the calamities that ravaged the Philippines for the past years, "Lumiliwanag ang Mundo sa Kwento ng Pasko" comforts those affected and recovering from the tragedies. There's no better time to give than Christmas, after all.

No one celebrates Christmas quite like the Filpino people. We do start once the Ber months roll in, but "Da Best Ang Pasko Ng Pilipino" also focuses on generosity, family, and love. Performed by Maria Aragon with the UP Concert Chorus, the station ID brings together Kapamilya personalities and ABS-CBN viewers.

Performed by Valenciano and Toni Gonzaga featuring the UST Singers, the 2010 version of the Christmas station ID champions hope and celebrates the light in each and every individual. You'll also spot some of the established Kapamilya actors in their youth or teenage years!

You've heard it before, you might even know the lyrics by heart, and this is where it all began: "Bro, Ikaw Ang Star Ng Pasko" not only invites viewers and listeners to thank the true reason for the season, this is also an effort to spread joy and optimism after Typhoon Ondoy, which happened October 2019. Performed by almsot 300 Kapamilya artists, this marked the start of the network's annual Christmas station ID tradition.