Bea Alonzo Unleash Why She and John Lloyd Cruz Never Dated
Loading
Already a member? Log in
No account yet? Create Account
Spot.ph is your one-stop urban lifestyle guide to the best of Manila. 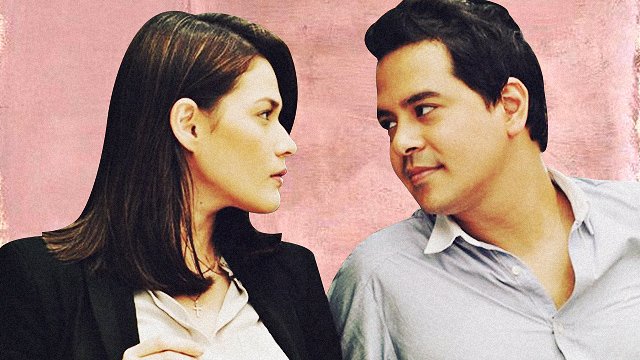 We don't get it either.

(SPOT.ph) "Kami ni John Lloyd [Cruz], we have so much history. We've worked together, known each other, for 18 years, or baka 19 years na nga yata," actress Bea Alonzo tells SPOT.ph in an interview with Summit Media editors today, February 11. "And we're friends," she adds.

Did your heart do a little up and down with that statement? Ours totally did. We got to talk to Alonzo about her showbiz career for which, incidentally, she marked her 20th year yesterday, February 10—and naturally, the conversation drifted towards John Lloyd Cruz, arguably her biggest on-screen partner throughout the years. Even the coldest of hearts could be melted by the tandem. They had us at that "ako na lang ulit" scene in 2007's One More Chance and still have us waiting for their reunion movie No Goodbyes, directed by no less than Cathy Garcia Molina, in 2021.

The two have known each other for years now, as Alonzo pointed out, yet with all their on-screen, searing hot chemistry, they've never become a couple IRL. Well, turns out, "Sa totoo, tinatanong ko rin yo'ng sarili ko n'yan," she tells Summit Media editors.

So Why Have Bea Alonzo and John Lloyd Cruz Not Become A Couple?

"Lahat na yata ng klase ng relasyon na pagdaanan namin except mag-jowa at mag-asawa." Alonzo explains that throughout the years that they've known each other, they've gone from friends to strangers to acquaintances and everything on the spectrum—right before it hits romance. "Everytime I see him, lagi akong may nadi-discover," she says, cheekily adding, "As you know, John Lloyd is a very complex personality...marami talagang layers to him and that's what I like about him."

And as for that amazing chemistry, on-screen at least? "He really keeps me on my toes," says Alonzo, explaining that she always has to bring her A-game when working with Cruz on any project. "He's a brilliant actor so kinakabahan ako—and that's a good thing. I like it na kinakabahan ako," she adds.

Adventurer Savvy John Lloyd Cruz Bea Alonzo One More Chance Showbiz Abs-cbn Summit Sandwich Sessions
Your Guide to Thriving in This Strange New World
Staying
In? What to watch, what to eat, and where to shop from home
OR
Heading
Out? What you need to know to stay safe when heading out