Still the Best John Lloyd Cruz and Bea Alonzo Tandem Story
Loading
Already a member? Log in
No account yet? Create Account
Spot.ph is your one-stop urban lifestyle guide to the best of Manila. 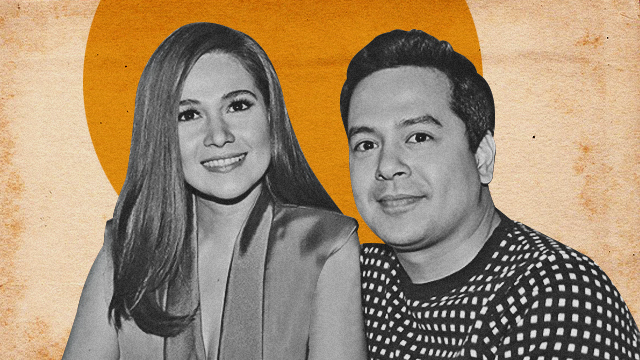 According to Mr. M himself, Johnny Manahan.

(SPOT.ph) With all the love teams Pinoy cinema has gifted us with throughout the years, there's just something about John Lloyd Cruz and Bea Alonzo tandem that always, always gets to people. We don't know if it's all the dang chances they took, or all the movies with songs as titles, but the Cruz-plus-Alonzo equation worked no matter what. And in case you were wondering how the tandem even came to be, well, we got the story straight from Johnny Manahan, a.k.a. Mr. M, himself.

Manahan is one of the figures behind ABS-CBN's talent management arm, having created it with Freddie Garcia, then general manager, in 1992. This network's stable of talents then came to be known as Star Magic. Cruz is part of the 1997 batch, batch five, while Alonzo is part of the 2001 batch, batch 10. In a roundtable with Summit Media, we asked Manahan about the Cruz-Alonzo pairing, which in turn arguably set the standards for today's biggest love teams.

"When John Lloyd came to us, I knew he was going to be something, and same for Bea," shared Manahan, adding that though it was clear the two had star power individually, he wasn't sure about whom to pair with each. He attributes the excellent pairing to Star Cinema, the network's film production and distribution arm. The love team's most memorable—and most etched-into-pop-culture—film is Star Cinema's 2007 flick One More Chance. It's worth nothing though that before Cruz and Alonzo appeared in movies as a love team, they had their start in the 2002 teleserye Kay Tagal Kang Hinintay.

Manahan had a few big names to list down when asked who pushed for the Cruz-Alonzo tandem. Beyond the production arm, it looks like even the biggest names of ABS-CBN knew that the Cruz-Alonzo tandem was something special! "They saw something in the two; it's like that, you have a feeling," said Manahan. "Inang had a feeling, the other one is Malou, and Charo," he said, referring first to director and current head of the network's creative department Olivia Lamasan, and sisters Malou Santos and Charo Santos-Concio. So yup, it was inevitable that "they would go with that combination," says Manahan. "Charo has a really good feel for artists."

The best part is that the magic these execs saw decades ago is coming back this 2021! Cruz and Alonzo are set to reunite for their third movie with Cathy Garcia-Molina as director for No Goodbyes (which may or may not be the ending to the Chances trilogy). We know it's been years, but the kilig never goes away!

Adventurer Savvy Johnny Manahan Mr. M Abs-cbn John Lloyd Cruz Bea Alonzo Summit Sandwich Sessions
Your Guide to Thriving in This Strange New World
Staying
In? What to watch, what to eat, and where to shop from home
OR
Heading
Out? What you need to know to stay safe when heading out