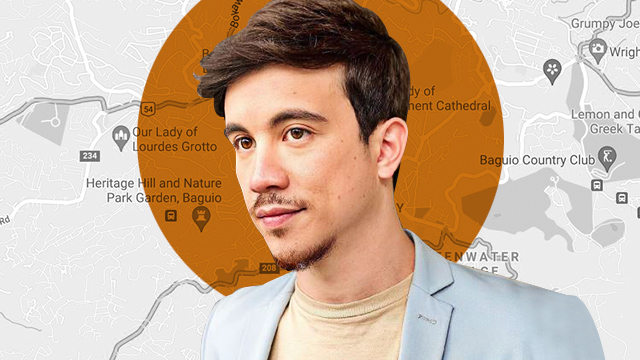 Arjo Atayde, Filming in Baguio, and Alleged Breach of Protocols: A Short History

The production company has spoken up to clarify things.

(SPOT.ph) You might have gotten wind of the news that actor Arjo Atayde has tested positive for COVID-19. And that it looks like he and production company Feelmaking Productions are in hot water after Baguio City mayor Benjamin Magalong ordered a probe into the film crew over an alleged breach of protocols. Several statements have been released, so if you're wondering what's going on, we keep you caught up below.

Also read: Bulacan Is From Bulak, But Bagyo Is Not From Baguio

Atayde was rushed to a hospital in Manila on Tuesday, August 17, after testing positive, announced Feelmaking Productions in a statement. Apart from Atayde, nine others from their group tested positive. On August 18, the Baguio City administration announced they would be looking into a possible protocol breach by the crew.

A team of around 100 individuals have been in Baguio City to shoot a film since last month, confirmed Mayor Magalong in a statement. They were given a permit to shoot so long as they will be staying in a bubble. "However, we found out that there were instances where crew members go home and come back to the city without passing through our triage so they are not tested," said Magalong.

"For some reason, Mr. Atayde left his group yesterday (Monday) without informing us," he added, saying that he was reaching out to the actor. The rest of the production crew are currently in quarantine and will be tested as well in five days.

The nine others who tested positive are asymptomatic and remain in Baguio City, Magalong told Regional News Group-RNG Luzon. They are now in an isolation facility.

Atayde's production company issued a reply on the same day, signed by head of productions Ellen Criste. They said it was the mutual decision of the company, Atayde's parents, and doctors to rush the actor to a hospital in Manila. He has "a pre-existing medical condition" and "was suffering from high fever, headaches, and difficulty in breathing," according to the statement.

The company noted that they have "provided assistance" for the nine individuals who tested positive. They said that they have also coordinated with Baguio's officials regarding safety protocols.

"The Atayde family has reached out to Mayor Benjamin Magalong and we assure him and the peple of Baguio that we will comply with our commitments to the city," said the statement.

Arjo Atayde Hard News Baguio Adventurer Savvy Staying In
Your Guide to Thriving in This Strange New World
Staying
In? What to watch, what to eat, and where to shop from home
OR
Heading
Out? What you need to know to stay safe when heading out