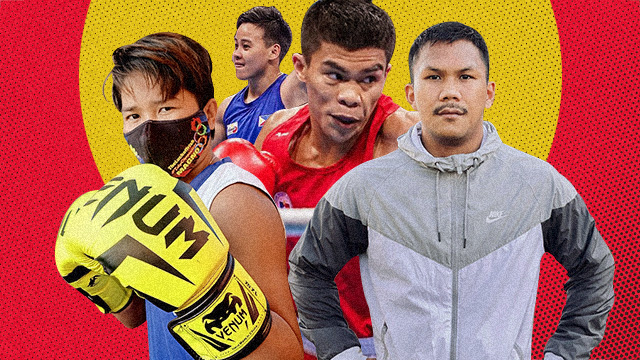 As they say, "more chances of winning!"

(SPOT.ph) The list of athletes to carry the Philippine flag into the Tokyo Olympics has grown. Two more Filipino boxers, Nesthy Petecio and Carlo Paalam, were confirmed to have qualified today, March 19. They will be joining Eumir Marcial and Irish Magno to the Olympic boxing rings—which means we have a total of four boxers that could bring home our first-ever Olympic Gold!

Petecio and Paalam qualified for the Olympics thanks to their ranking in their respective weight categories, according to SPIN.ph. Meanwhile, Marcial and Magno earlier won their spots at the Asian-Oceanian Olympic Qualifiers in Amman, Jordan in March 2020. Confirmatory notices of qualification to the Tokyo Olympics for the four boxers have been issued by the International Olympic Committee Boxing Task Force.

Before weightlifter Hidilyn Diaz took home a silver medal in 2016 after a two-decade long drought, our last four consecutive medals—out of a total of 10 (so far)—were all won by boxers. We have a silver from Anthony Villanueva in 1964, a bronze from Leopoldo Serantes in 1988, a bronze from Roel Velasco in 1992, and the much-debated silver from his younger brother, Mansueto “Onyok” Velasco in 1996.

Now with four boxers in different categories lined up for the Olympics, there is much more room for hope. The four boxers will be joined in their push for our first-ever Olympic Gold medal by athletes Ernest "EJ" Obiena for men's pole vault and Carlos Yulo in artistic gymnastics. Diaz is also gunning for her own qualification and is looking to add a gold to her silver.

Adventurer Savvy Seasoned Olympics Sports Nesty Petecio Irish Magno Hidilyn Diaz Carlo Paalam Eumir Marcial Hard News
Your Guide to Thriving in This Strange New World
Staying
In? What to watch, what to eat, and where to shop from home
OR
Heading
Out? What you need to know to stay safe when heading out