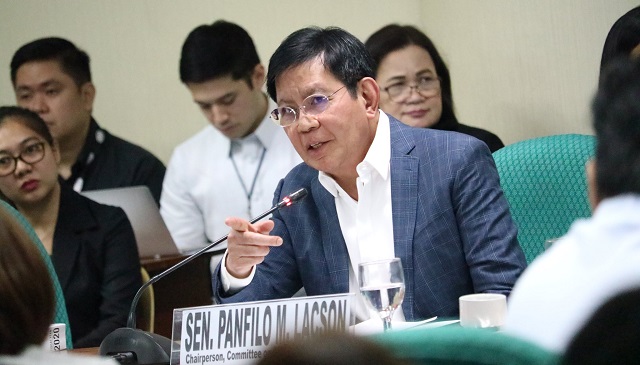 Yes, the "Designated Survivor" Bill Was Inspired By the Show

Senator Ping Lacson confirms what we knew all along.

(SPOT.ph) In case you somehow haven't heard, lawmakers have filed two bills calling for a "designated survivor" to act as the nation's leader should the president of the Republic of the Philippines, the vice president, and all other constitutional successors somehow all become incapacitated. Sounds familiar? Well that's cause it's exactly the plot of popular American TV series Designated Survivor, which we're sure you've seen on Netflix. No surprise here though, as Senator Panfilo Lacson admitted that he took his cue for the proposed senate bill from the show.

"Well, yes, sort of. Because it's practiced in the United States na talagang mayroong 'designated survivor,'" Lacson told reporters. True enough, the U.S. has had a practice of selecting a low-level government official to be the "designated survivor" since the Cold War era. This official remains in a safe area when the rest of the administration must gather somewhere else, ready to take on the role of leader on the off-chance disaster strikes.

Lacson filed the Senate Bill 982, a.k.a. "An Act Prescribing the Order of Presidential Succession," to create "an exhaustive line/order of succession" to ensure that the presidential seat is never left empty.

Quezon City Second District Representative Precious Hipolito Castelo filed a twin proposal under House Bill 4062. In her explanatory note, she also cites the American practice of assigning a "designated survivor," adding that events such as the State of the Nation Address heighten the possibility of a "tragedy."

Under both proposed measures, the president is given the responsibility of choosing said "designated survivor" from members of the cabinet. This official will be kept in a secure location while the rest of the administration gathers, and should the entire line of successors somehow become incapacitated, will take on the role of chief executive until another president is voted into the seat.