More Animals Loose in PH Cities A Day After Ostriches in QC
Loading
Already a member? Log in
No account yet? Create Account
Spot.ph is your one-stop urban lifestyle guide to the best of Manila. 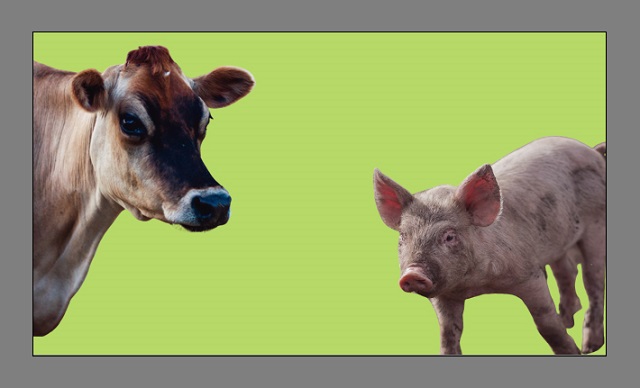 Ostriches, a Pig, Then a Cow: Place Your Bets on What's Next

Hit us with your wildest theories behind this crazy coincidence.

(SPOT.ph) A pig and a cow follow two ostriches into a bar—wait, we meant into the streets of the Philippines. Just a day after two ostriches ran amok in a Quezon City village on August 4, a pig was spotted on a Cebu City flyover (but wait, there's more!) and a cow on an Iloilo City flyover. We'd call it a coincidence but it seems a little too soon after the ostriches—or it could just be that we're more aware of animals running loose in the city after that, but hey, why spoil the fun?

Babe goes to the city

At around 8:30 a.m. on August 5, a piglet was caught on video running frantically along a flyover. The person who caught the incident on film, Adnan Pacasum, thought an accident had happened on the road, "But suddenly a pig appeared," Pacasum told Cebu Inquirer.

Motorists were at first annoyed by the whole thing, until they realized a runaway pig had caused it. It isn't clear how the little guy ended up on the roads but here's hoping he wasn't running away from becoming the famed Cebu lechon! Perhaps it was just off for a brisk jog with the guys following him?

Cow goes fast on the highway—in the wrong direction

At around 3 p.m. on the same day, a cow was spotted going the wrong way on an Iloilo City highway. The amused Bep Chavez caught a few seconds of the cow heading down the road. Our bet is that the guy on the motorcycle was taking it out for a walk, and for added adrenaline, the cow chose the entirely wrong lane on purpose.

Chavez captioned the video with "Yesterday: OSTRICH. Today: COW. Tomorrow: ??????? 2020, please give us a break!" A statement we can totally get behind.

While a cow and a pig aren't quite as unexpected as two full-blown ostriches, the videos of the animals gave everyone online a big laugh—especially amid all the infuriating news. People were quick to reference Noah's Ark as well as a few other crazy theories. As for what's next for 2020? We can only guess, but fingers crossed we've passed the worst of it.

Let's hope it's not an omen.

Think a Philippine Eagle will be spotted in a city soon?

We see it happening.

Even they know what's up.

Adventurer Savvy Seasoned Quezon City Ostrich Humor City Life
Your Guide to Thriving in This Strange New World
Staying
In? What to watch, what to eat, and where to shop from home
OR
Heading
Out? What you need to know to stay safe when heading out