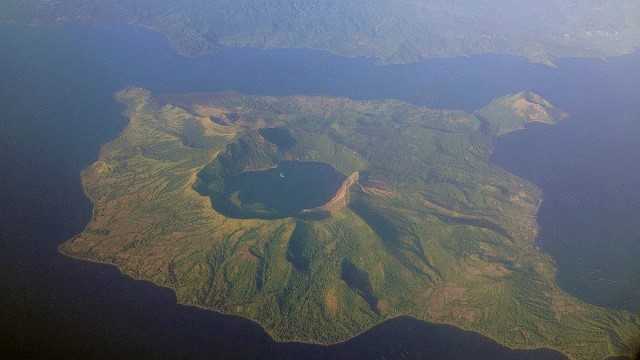 SPOT.ph) The alert level over Taal Volcano has been raised to Alert Level 2 by the Philippine Institute of Volcanology and Seismology, according to their early morning bulletin on Tuesday, March 9. The department cited the volcano's "increased unrest" since February 13—which means that Taal has been acting up more than usual.

The Philippine Institute of Volcanology and Seismology (PHIVOLCS) explained that there is possible magmatic activity in Taal. An eruption may or may not happen in the near future, but it's best to stay on the safe side.

Here's What You Should Know About the Taal Volcano Update:

There were four main parameters given by PHIVOLCS behind the call to raise the alert level. The first is that the count of volcanic tremors have reached 886 since February 13, accompanied by 141 low-frequency volcanic earthquakes beneath the Taal Volcano Island. All this points to increased activity under the volcano. Second, the main crater lake reached a record-high temperature of 74.6ºC  in mid-February with increased acidity.

PHIVOLCS noted a slight deformation of the ground with a "pressure source" on the volcano island's southeast sector. Last, they have also noted "positive microgravity changes" across the entire caldera since the 2020 eruption.

At Alert Level 2, evacuation is not yet recommended but all folks living near the volcano should be on high alert, said PHIVOLCS in their bulletin. Taal Volcano has been on Alert Level 1 since its eruption in January 2020.

Kanlaon on Negros Island and Mayon Volcano in Bicol remain on Alert Level 1 and have been for some time now. Pinatubo was raised to Alert Level 1 on March 4.

Adventurer Savvy Seasoned Taal Volcano Hard News Phivolcs Staying In Heading Out
Your Guide to Thriving in This Strange New World
Staying
In? What to watch, what to eat, and where to shop from home
OR
Heading
Out? What you need to know to stay safe when heading out