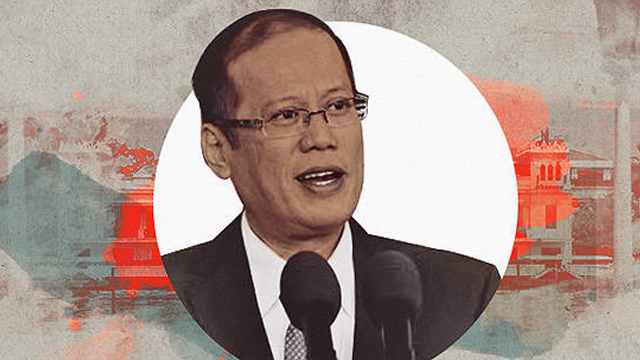 (SPOT.ph) Former President Benigno "Noynoy" Aquino III passed away on the morning June 24. The 15th president of the Philippines was 61 years old.

Aquino was the son of another former president Corazon "Cory" Aquino, and statesman Benigno "Ninoy" Aquino, Jr. He became a senator in 1998 and eventually ran for president in 2010 following the death of his mother. To commemorate the former president's colorful life—from growing up exiled in the U.S., to the tumultuous years of his mother's presidency, to his own turn in the Philippines' highest office—we look back on some of his most defining quotes.

"I was hit by bullets from Honasan's men in the neck and hips but that's past now. The principle of my father was, 'Respect the rights even of your enemies.' Ito ang nagpatingkad ng demokrasya."

Aquino was a victim of the many coup attempts during his mother's term. One bullet was reportedly never removed from his neck. In 2007, he expressed his support for Gregorio "Gringo" Honasan—the man behind several coup attempts—who was then also a fellow senatorial hopeful.

Aquino reportedly spent some time alone in a convent before finally deciding to run for presidency, as pushed by the sentiment of many after his mother's death in August 2009. The first female president of the Philippines had supposedly done the same during her time. "It had a calming effect on me. It helped me order the thoughts that were in my mind," he added.

This was the campaign slogan Aquino's camp went with during the lead-up to the 2010 elections, a fitting one for a nation that had just gone through the several fraud and corruption cases against former president Gloria Macapagal Arroyo. The campaign was also pushed by a quote from a letter written by the late Ninoy Aquino to his son that ended with the words, "Son, the ball is now in your hands."

"Let us ensure that the ultimate sacrifice made by some members of the SAF does not go to waste."

A police operation in Mamasapano, Maguindanao, on January 25, 2015, led to the death of 44 members of the Special Action Force—one of the highest and most controversial losses during Aquino's term as it became clear that the police were clearly at a disadvantage when they went ahead with the mission. In a speech to the nation calling for a day of mourning, Aquino called it "the ultimate sacrfice" for the greater good.

"I think it is incumbent upon me even as a citizen to try and allay certain fears, to put it in the proper perspective, to put it on the proper level."

The Dengvaxia controversy followed the former president until after his term ended. Several inquiries into the vaccine program were made, and the president made it clear that he was willing to answer when he said this in 2017.

"You may have the might, but that does not necessarily make you right."

Aquino called on the international community for support as China began claiming territory in the West Philippine Sea. In 2016, the Permanent Court of Arbitration in The Hague ruled that China has no legal basis for these claims—but tension continues to this day.

"How does one compete with an idea? So that would be a useless venture on my part. I concentrated on making sure that their sacrifices were not squandered."

"I never sought to compete with them because I believe that was a test that was not possible," said Aquino of the legacy his parents had left behind, during his campaign for presidency.

"I had a simple goal in life: to be true to my parents and our country as an honorable son, a caring brother, and a good citizen."

Aquino said this at his inauguration in 2010. "My family has sacrificed much and I am willing to do this again if necessary," he added.

"I was put into office by the people who believed in my idea that corruption is the root of poverty; that an end to corruption would mean an end to poverty."

Keeping in line with his campaign promise, this is what Aquino said during his first official trip abroad as President of the Philippines. It was part of his speech to the Council on Foreign Relations.

This simple sentiment was Aquino's mantra throughout his term, used from the smallest to the biggest projects, to emphasize his role as a public servant. It is one of his most lasting quotes.

Adventurer Savvy Seasoned Hard News Noynoy Aquino Government Death
Your Guide to Thriving in This Strange New World
Staying
In? What to watch, what to eat, and where to shop from home
OR
Heading
Out? What you need to know to stay safe when heading out