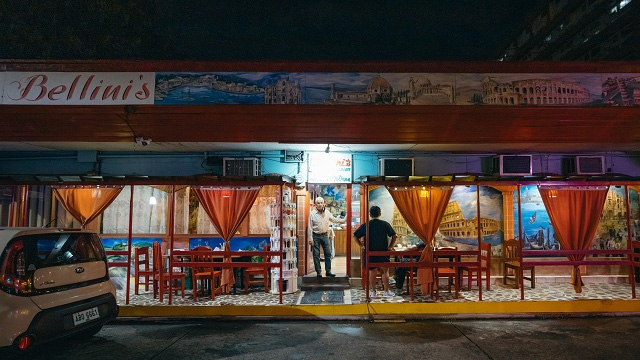 The Reinvention of Cubao Expo in the Face of a Pandemic

The last shoe store in what was once Marikina Shoe Expo has closed.

(SPOT.ph) Tucked away into a little corner of Araneta Center—now Araneta City—is a compound known as Cubao Expo. To some, the place brings back memories of handmade shoes, brands like Glendale and Solaiman, and of course its original name, the Marikina Shoe Expo. No doubt the two-storey townhouses lined along a U-shaped street have been around long enough for change to be expected, but it seems the pandemic has enacted a chapter’s end: The last shoe store in Cubao Expo has closed.

“Before, in our time, we would buy shoes in Marikina,” says Norman Castillo, owner of Humidor, a cigar bar that has been a part of Cubao Expo since the 2000s. “And Marikina was like a road trip,” he adds, explaining that for somebody who grew up in Camp Crame, the trip to Marikina for school shoes was an adventure. That is until the Marikina Shoe Expo opened in the '70s, placing the local shoemaking industry much closer to the growing urban center in Quezon City. From then, Cubao began to change—and quite rapidly.

Castillo recalls that right next to the then Marikina Shoe Expo, where a SaveMore grocery now stands, was the old COD, which would light up during the holidays. In the area, there was the Fiesta Carnival, plus an open-style shopping center called Aguinaldo’s. And yes, Araneta Coliseum was the biggest structure for miles around. “Malamig pa noon dito,” he exclaims. That was how Castillo remembered the expo throughout childhood—until a chance return when he was already a professional showed how much things can change through time.

In the early 2000s, Castillo was teaching in UST when a colleague invited him to watch their gig in—surprise—the old Marikina Shoe Expo from his childhood. The bar owner laughingly remembers how their exchange went: “One of my co-teachers said, ‘Hoy, panoorin mo ako, tutugtog ako eh.’ ‘Saan ka tutugtog?’ ‘Sa Marikina Shoe Expo.’ ‘Baduy mo naman, ba’t ka tutugtog dyan?’” Castillo, thankfully, listened to his colleague’s explanation and went anyway. On his return, it was clear the place had already begun shifting into an artist’s hub, so much so that Castillo ended up opening a different bar there in the early 2000s, the now-defunct Genre.

Castillo says that the change may have started when large malls began opening near the shoe expo. Take ShoeMart, for example (that’s SM, for you kids), which opened up barely two blocks away in the late '70s. “When the shoes were getting old, the one that ‘yong naglakas loob dito, was the Heritage Art Gallery, owned by a family of artists,” he says. Said gallery is now closed—but there’s no denying that it set one heck of a precedent. “It became an artist’s magnet. Mogwai was attracted because of the artists here.” Many other game-changers have come and gone, such as the cinema-slash-resto Mogwai and bar Today x Future, and it seems Cubao Expo is ready to continue being home to that culture.

Humidor used to be housed in a single two-storey unit. Like every other store on the block, they shut down for the first few months of the pandemic. When they opened again in December 2020, they had moved places—right into the old double-unit Janylin, one of the last shoe stores to close in Cubao Expo, once occupied.

“Nagsusukatan kami, sinong siraulong magbubukas e diba?” jokes Castillo about the tense mid-months of 2020. As he points out, many of the restaurants were somehow able to pull through with deliveries and the online market. As for the shoe stores though, “hindi nila kinaya.”

On the other side of the coin, tenants leaving meant space for new ones—as proven by Miyagi, a quaint new Japanese restaurant that opened in January 2021. “As they say, sino ngang tangang magbubukas during a pandemic?” says owner Walby Favia while laughing. But being a risk taker, Favia took the chance mainly because of “the thought that it’s kind of hard to get a space here.” It took three years of waiting, explains Favia, before a space finally freed up (and that it happened during the pandemic was just his luck).

“During the pandemic ako 'yong unang [bagong bukas] na pwesto. Sabihin nating mga 10 or 12 spots here, bakante,” says Favia. Thing is, Favia is ready for a loss. He’s giving Miyagi a year. “Willing to lose ako. Kung talagang hindi uubra, basta susubukan ko one year.” And even while expecting the worst, he is confident in the powers of Cubao Expo itself. Miyagi, a Japanese resto, complements Flavia’s other business of supplying seafood; add to that the fact that “Cubao Expo has its own crowd already, so sabihin natin na yes, you gambled with putting up a business here, pero at least 20 or 30 percent siguradong may taong pupunta. Merong magte-take out, magpi-pick up ng orders.” Favia was able to muster enough confidence to open a new restaurant in these strange times.

It is also the people of Cubao Expo that kept Endaya fighting for Tacio’s throughout the pandemic. “How did Tacio’s cope? Naglabas kaming pera,” he says. For the first few months, they were completely unable to operate. They were able to receive some ayuda from Quezon City government to help with the staff’s salary, but as Endaya explains, “Kung walang natira sa’yo, kung wala kang pera, hindi ka rin magsu-survive. You’ll be forced to shut down.”

Tacio’s has made basically zero profit since March 2020, shares Endaya, but they remain afloat. While delivery and take-out are steady, both Endaya and Favia share that they have noticed more and more people willing to dine in. So the two friends are okay for now, as long as no more lockdowns are imposed.

There is one survivor from the expo’s old shoe industry origins. Near the entrance of the street is a shoe repair shop owned by Melchor Bacelonia, whose father opened the store in 1987, he shares. They were closed as well from March to August of 2020 but nowadays, Bacelonia can be found repairing shoes and other items at the hole-in-the wall.

Bacelonia used to have people come to his shop after buying shoes at the nearby stores, in case they needed some tweaking. Now he still has a few loyal customers who come to him but “Nakakapanibago na dito,” he shares. He has gotten used to seeing young folk turn the place over—“Hindi naman [sila] magulo,” he clarifies with a laugh. While he did share that he had thought the shoe industry would continue upwards, there is no anger about the way the Expo turned out. His kids have also tried out the new restos, he says (too pricey for him). And once in a while, he says that someone will come up to his shop asking what happened to the old shoe stores.

Meanwhile, over at the curve of the street stands Bellini’s, as it always has since 1999. It was founded by couple Roberto and Maria Luisa Bellini—who, by the way, met when the former newspaper photographer was assigned to cover the 1986 revolution and spoke to the latter in Malacañang for an interview. “I [talked to] my wife, almost 20 minutes. After 20 minutes okay, [I ask] Do you want to get married with me?’” shares the now 81-year-old with a cheeky smile.

Bellini can still be found in his restaurant every day. He does the marketing in the morning himself, he shares. He stays in the restaurant because the guests look for him, he shares. “I do ‘public relations’.” Bellini himself is not sure why their restaurant has been open for so long. “One Italian restaurant would not survive 22 years. Maybe 12 years, six years, patay na. But here we [are] still alive up to now.”

Before, “All the store is shoes. Dahan-dahan, the shoes go away. No more Marikina Shoe Expo, but it is now Cubao Expo,” he says. And who are we to argue?

Adventurer Savvy Seasoned Cubao Expo Quezon City City Life Staying In Heading Out Longform
Your Guide to Thriving in This Strange New World
Staying
In? What to watch, what to eat, and where to shop from home
OR
Heading
Out? What you need to know to stay safe when heading out