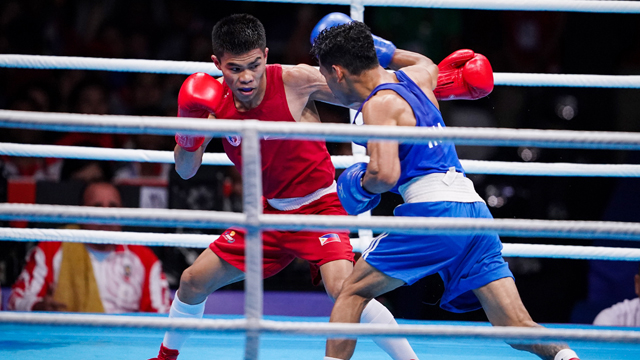 He refuses to say goodbye to Tokyo 2020.

(SPOT.ph) After Hidilyn Diaz's gold medal in weightlifting and Nesthy Petecio's silver medal in featherweight boxing, a Filipino boxer is now on his way to the finals round of the men's flyweight event. Carlo Paalam won against Japan's Ryomei Tanaka in the semi-finals round today, August 5, assuring himself of at least a silver medal.

Paalam won by a unanimous decision after three rounds of scoring all 10s. His next match is on August 7, Saturday, against Great Britain's Galal Yafai. Eumir Marcial, on the other hand, bagged a bronze medal after his fight against Ukraine's Oleksandr Khyzhniak.

If Paalam wins a gold medal in the finals match, it would be the Philippines' first-ever top podium finish at the Olympics for boxing.

Tokyo 2020 Adventurer Savvy Seasoned News Hard News Eumir Marcial Carlo Paalam Tokyo2020
Your Guide to Thriving in This Strange New World
Staying
In? What to watch, what to eat, and where to shop from home
OR
Heading
Out? What you need to know to stay safe when heading out