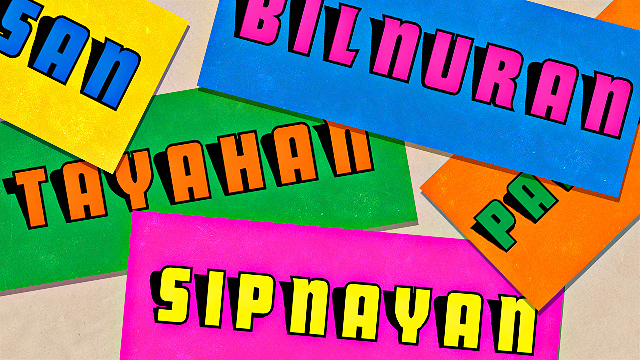 10 Cool Filipino Words About Science and Math Aside From Agham

There are other local words for matematika and kimika.

(SPOT.ph) Learning science and math is already painful as it is, unless you’re a whiz kid who enjoys memorizing the periodic table or solving equations. And if you grew up in an English-only school or English-first home, then you might remember what kind of hell it was when you realized that some parts of the science and math exams of the UPCAT are written in Filipino. Hopefully, we’ve moved on from the war flashbacks and have come to realize that STEM-related words in our local language can actually be interesting.

Learn these Filipino words about science and math aside from agham:

Local scientists like the University of the Philippines' Chemistry Department's Bienvenido T. Miranda have argued different methods in creating the Filipino science vocabulary. He presented the way of coining local words by joining Filipino terms, whether by full combination (such as "aral-ibon" for "ornithology") or mixing and matching syllables (such as "sunlad," short for “sunod-sunod na pag-unlad” or evolution). Fields of study can also be translated by using a combination of words.

“Sipnayan'' comes from the combined words "ísip," which relates to numbers or counting in Hiligyanon, Sebwano, and Waray; "hánay," which is associated with organizing or tallying, and the suffix "-an." Given this etymology, "sipnayan" means organizing or tallying numbers, which is what we know of mathematics.

Just like “sipnayan,” “liknayan” is also coined through a combination of words: “likás” and “hanayán.” Physics is a natural science that deals with the structure and interaction of everything and anything in the observable universe—things that exist naturally, which is the dictionary definition of “likás.”

In algebra, numbers corresponding to symbols (as in x's and y's) are figured out through equations. You can say that the symbols or letters are your "panandâ" (from the root word tandâ), which is a Filipino word for marker.

Infinity is a state or quality of being infinite. It is often used in math as a symbol or figure to represent an unquantifiable number that’s greater than a countable number. In science, it is used to refer to the state of being endless or “walang hanggan,” thus “awanggan.”

"Bilnuran" comes from the combination of the first syllable of "bílang" (numbers) and second segment of "panunúran.” The latter is from the root word “sunód” or order. Maintaining order of numbers is a concern of arithmetic, which is a branch of mathematics that deals with the study of numbers and the different operations like addition, subtraction, multiplication, division, and exponentiation.

A graph is basically a visual representation (“larawan”) of data, which are usually in the form of measurements (“sukat”). Combine some syllables of “sukat” and “larawan,” and you get “suklaraw.”

Geometry is a branch of mathematics that's concerned with the measurement ("sukat") and shape ("hugis") of figures. Combine the first syllable of “sukat,” the second syllable” of “hugis,” and the suffix “-an”; and you get “sukgisan.”

Chemistry is all about investigating the properties, composition, and structure of matter. So “sangkáp,” which is an archaic Tagalog word for composition or ingredients, is only an apt root word combined with “hanayan” to form “kapnayan.”

“Táya'' in Filipino refers to estimating the amount, weight, or size through physical approximation. Calculus, in a sense, is an approximation too, especially when used in chemistry or physics where calculations are used to estimate the movement or change of matter over time. So the combination of “táya” and “hanayan” now becomes “tayahan” or calculus.

“Ubod” in Filipino means the core. In biology, the nucleus is the core part of the cell.

Filipino Words Buwan Ng Wika Adventurer Savvy Seasoned Science Math Translation Words
Your Guide to Thriving in This Strange New World
Staying
In? What to watch, what to eat, and where to shop from home
OR
Heading
Out? What you need to know to stay safe when heading out