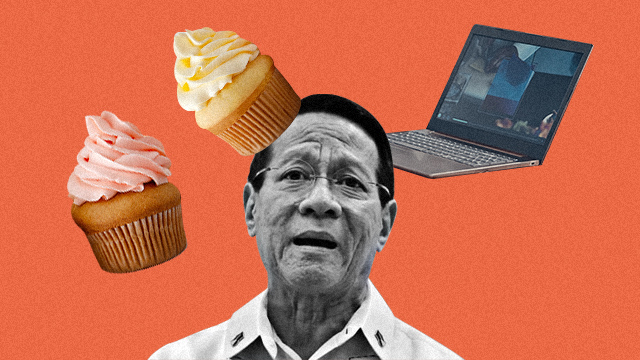 The Crazy Expensive Things the Government's Spending Our Money On

From an infinity pool to a gamer's laptop.

(SPOT.ph) The Commission on Audit in the past week has been flagging government agencies on questionable expenses and dubious spending of their budget (a.k.a. taxes from our hard-earned money) based on their Financial Audit for the year 2020. Why? Because it's their job. The Commission on Audit (COA) is an independent constitutional commission tasked to examine, audit, and settle all accounts and expenditures of public funds. Think of them as your office's expense reimbursement office, which asks why you spent a ridiculous amount of money on a lunch meeting with a client.

Also read: Who Is Commission on Audit Chief Michael Aguinaldo?

In his weekly taped briefing aired on Monday night, August 16, President Rodrigo Duterte told COA to stop flagging agencies. "Stop that flagging, goddamnit. You make a report, do not flag. Do not publish it because it will condemn the agency or the person you are flagging," he said.

Lawmakers, however, said that the president was "out of line" for castigating state auditors, who are just doing their job. "COA findings and recommendations are public documents. Transparency dictates that the public must be informed of how public monies are spent. That said, the President is out of line in publicly castigating the COA, which is just performing its mandate and responsibility to the people and the Constitution," Senator Ping Lacson said. All Annual Audit Reports per government agency are available on the COA website.

COA Chairperson Michael Aguinaldo made the assurance on August 17 that the agency will comply with their constitutional mandate despite flak from the president. He also explained that they "do not flag; [they] observe and recommend."

"So ayon, pero so far as the work of the Commission on Audit, tuloy pa rin kami, we have a constitutional mandate, we have to comply with that, you know I do have a force of about 9,000 people in COA who are very dedicated, very professional, and you know who are committed to do the work that they do," Aguinaldo added.

We list some of the various government agencies' most questionable expenses as flagged by the Commission on Audit:

In COA's Financial Audit of the Philippine Ports Authority, they indicated the "unnecessary construction of infinity pool and additional room with contract cost of P10.835 million" at the Philippine Ports Authority (PPA) Training Center Compound in San Fernando, La Union. The agency's definition of "unnecessary" expenditures are those that "could not pass the test of prudence or the diligence of a good father of a family, thereby denoting nonresponsiveness to the exigencies of the service."

The P10.835 million cost included the infinity pool and hot tub (P6.5 million), one guest room (P3.4 million), pergola (P400,432), and a rock wall (P419,912). COA also said in their report that the infinity pool "intended to generate more income from rents, are more appropriate for tourism and recreational purposes, hence, are clearly not under the clout of the PPA."

COA also deemed "doubtful" the P1.2 million expenditures of the Overseas Workers Welfare Administration. "The propriety and regularity of the expenditures charged to the CA of Deputy Administrator totaling P1,269,920 is doubtful due to the awarding of the procurement transactons not to reputable drugstores and supermarkets," their report said. They also added that this is an indication that the agency's resources "were not expended in accordance with rules and regulations."

The procurement transactions in question include the purchase of hygiene kits, sanitary napkins, and thermal scanners from MRCJP Construction and Trading. The indicated business address in the document could not be located. In addition, the sanitary napkins procured cost from P10 to P35 per pad, which according to COA, is "very costly" as napkins can be bought at P5 to P8 per pad.

Thermal scanners procured were priced at P2,950 per unit, but COA said that "Internet prices of thermal scanners ranged from P400 to P800." They also questioned why these items were bought from a hardware store, when there's a drugstore within the vicinity of Overseas Workers Welfare Administration (OWWA).

COA's Financial Audit on OWWA questioned the purchase of bottled water and snack items (Lemon Square, Fudgee Bar, Dowee Donut, and cupcakes) from a caterer in Old Balara, Quezon City. These items are available in supermarkets within Pasay City, where OWWA is located. "The Audit Team also noted that the unit price of the items procured was not indicated in the ORs issued by the caterer," the report said.

These snack items are part of the "doubtful" P1.2 million expenditure of a Deputy Administrator, based on COA's report. The Commission is requiring the Deputy Administrator to justify the procurement transactions and prices, submit an itemized list, and compel the supplier to issue a sales invoice.

COA is also asking the Department of Information and Communication Technology to explain their procurement of P170-million worth of laptops, pocket WiFi, and tablets from Lex-Mar General Merchandise and Contractor, which is a construction company based in Novaliches, Quezon City. The report indicated that the laptops are at P40,600 per unit, tablets at P4,780 per unit, and pocket WiFi at P3,000 per unit. (For context, online prices of pocket WiFi range from P130 to P1,400.)

Aside from the fact that Lex-Mar's BIR Certification of Registration does not indicate that they're "engaged in the business of supply and delivery of ICT devices," COA is also questioning their donation of devices to teachers and students. The Department of Information and Communication Technology's "policy-making mandate does not include the authority to provide ICT devices to the intended beneficiaries," they said.

COA is asking DICT to submit an explanation as to whether it is within the department's mandate to donate gadgets to the Pinaglabanan Elementary School in San Juan City and the city government of San Juan and Makati, as indicated in their financial audit.

The Department of Health planned to purchase four units of "high-end two-in-one laptop with accessories" for P175,000 per piece, as indicated in a document issued by the agency's Central Office Bids and Awards Committee. Department of Health (DOH) Undersecretary Leopoldo Vega, however, said on August 16 that "procurement transaction was put on hold pending the result of further market study and prevailing market price for these laptops."

The laptop, which doesn't have an indicated brand yet, has the following specs: 10th Gen Intel Core i5 processor, Windows 10 operating system, 15-inch monitor, 8GB RAM, and 512 GB hard drive. (You can get the same laptop for about P40,000.)

Government News Hard News Commission On Audit Adventurer Savvy Seasoned Staying In
Your Guide to Thriving in This Strange New World
Staying
In? What to watch, what to eat, and where to shop from home
OR
Heading
Out? What you need to know to stay safe when heading out