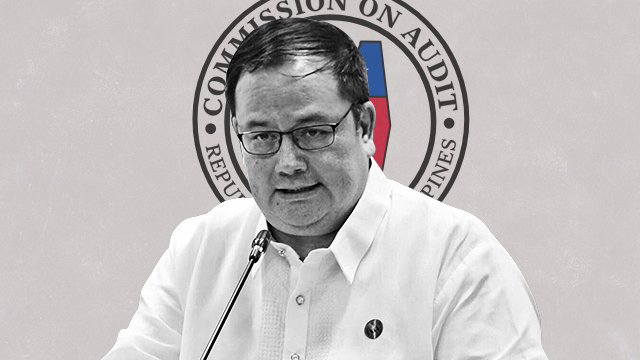 Who Is Commission on Audit Chief Michael Aguinaldo?

(SPOT.ph) The Commission on Audit is getting plenty of flak from the Philippine government's executive department following the Constitution-mandated publishing of Annual Audit Reports. Some national government agencies like the Department of Health, Overseas Workers Welfare Administration, and Philippine Ports Authority are in hot water for questionable expenditures and alleged deficiencies. Amid the criticism, Commission on Audit (COA) Chairperson Michael Aguinaldo assured the public during a congressional hearing on August 17 that they will continue circulating their reports on their website as required by law.

"So far as the work of the Commission on Audit, tuloy pa rin kami, we have a constitutional mandate, we have to comply with that. You know, I do have a force of about 9,000 people in COA who are very dedicated, very professional, and you know, who are committed to do the work that they do," he said.

Also read: The Crazy Expensive Things the Government's Spending Our Money On

Who is COA Chairperson Michael Aguinaldo?

Chairperson Michael Aguinaldo is a lawyer with "extensive legal, governance, and administration expertise acquired from 25 years of professional work as a private law practitioner, government official, and professor," according to COA's website. He obtained his undergraduate degree in philosophy from De La Salle University in 1987, his juris doctor degree from the Ateneo de Manila University in 1992, and his masters degree from the University of Michigan in 1997 with concentration in international economics. He was admitted to the Philippine Bar in 1993, placing seventh in the exam.

Prior to serving as COA chief, he served as a faculty member at De La Salle University from 1987 to 1990, at the Ateneo de Manila University School of Law from 1994 to 2015, and at the MBA Joint Degree Program of Far Eastern Universiy and De La Salle University (DLSU) from 2006 to 2011. He was a partner and executive committee member of the Romulo Mabanta Buenaventura Sayoc & De Los Angeles Law Firm, where he stayed for 17 years until 2011.

From 2011 to 2015, he was the Deputy Executive Secretary for Legal Affairs for former President Benigno Aquino III. He also headed the Investigation and Adjudication Office (formerly the Presidential Anti-Graft Commission) and made sure that everything was consistent with the United Nations Convention Against Corruption.

As an anti-corruption advocate, he believes that running after corrupt officials would be more effective through the collaboration of the government, public, and technology. In Rappler's Social Good Summit on September 24, 2016, he explained: "It’s really a transparency mechanism so that when auditors do work in certain types of audit, may mga kasamang private citizens so they can also see what’s going on. Minsan may sinasabi na binabayaran din auditor para 'di na lang tingnan o i-report, so this is one way to address it." Ordinary citizens and civil society organizations, for example, can monitor government's road projects and post discrepancies on social media or report directly to COA.

Aguinaldo started his term as COA chief on March 24, 2015 after his appointment by the late President Aquino. All COA chairs are appointed by the president with consent of the Commission on Appointments, and serve for a term of seven years without reappointment. His term will expire on February 2, 2022, after which a new chair will be appointed by President Rodrigo Duterte and will be approved by Commission on Appointments members including Senator Vicente Sotto III, Senator Bato Dela Rosa, Senator Bong Go, and other officials of the 18th Congress.

What is the COA's job?

"Huwag mong sundin 'yang COA. P***** i** 'yang COA-COA na 'yan. Wala namang mangyari diyan," Duterte said during a pre-recorded public address on August 16. The president also asked the state auditors to stop publishing their findings. "Do not audit yet until I am finished with my work. That is what we are asking from them. Do not conduct an audit on our work that is ongoing because we are still documenting it," he added.

Lawmakers called out Duterte for castigating the commission, which is an independent body separate from the national government (most especially the executive branch, of which the president is part). COA was established by the 1987 Philippine Constitution, which gives them the "power, authority, and duty to examine, audit, and settle all accounts pertaining to the revenue and receipts of, and expenditures or uses of funds and property, owned or held in trust by, or pertaining to, the government, or any of its subdivisions, agencies, or instrumentalities, including government-owned or controlled corporations with original charters, and on a post-audit basis."

They are also required by law to submit an annual report covering the financial condition and operation of all government agencies and entities to the president and Congress.

Like all websites of government agencies, COA bears the Philippine Transparency Seal, which is "a symbol of a policy shift towards openness in access to government information." This mandates all government agencies to share information with the public and "invite the Filipino citizenry to exercise their right to participate in governance."

"COA publishes the Annual and other Audit Reports only in our website for transparency purposes," said COA Director Jonathan B. Beltran on August 17 to GMA News Online. All Annual Audit Reports starting from the year 2009 can be found on the COA website.

News Hard News Government Adventurer Savvy Seasoned Commission On Audit
Your Guide to Thriving in This Strange New World
Staying
In? What to watch, what to eat, and where to shop from home
OR
Heading
Out? What you need to know to stay safe when heading out