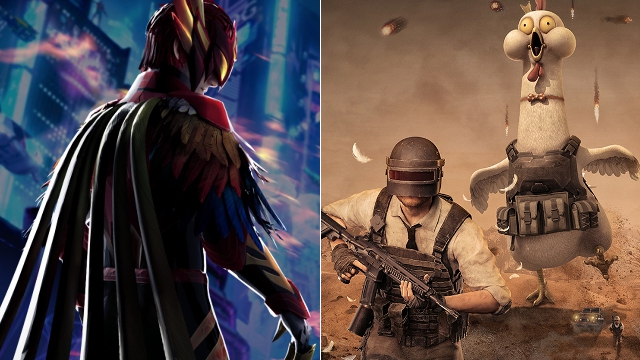 Turn up the heat on your chicken dinners.

(SPOT.ph) Last week, Pinoys proudly claimed the newly revealed Pokémon Lechonk as one of our own, when the news broke that lechon—a dish with Spanish origins but is also widely popular in the Philippines—had somehow found its way into the popular gaming series. Now, the Philippines can celebrate once again, as one of its literary legends has been added to the popular battle royale game PUBG Mobile.

A Southeast Asian-exclusive character, Phoenix Adarna is the first Filipino character set introduced to PUBG. The addition definitely seeks to highlight education and Philippine literature to the game's audience, as it's based off the titular mythical bird from Ibong Adarna. Yup, that reading requirement you had for Filipino class is now a character in one of the world's most popular mobile games.

Also read: 10 Pinoy Gaming Apps That Will Take You Back to Your Childhood

Here's how to get the Phoenix Adarna character set in PUBG Mobile:

There are on-going events in-game that'll allow you unlock cosmetic items part of the Phoenix Adarna set. Note that these are limited time items—you most likely will not have another chance to unlock them again.

The first event, "Rise from the Ashes," is on-going until Sunday, June 19. Through this event, you can unlock rewards such as the Agent Phoenix Set Permanent, Agent Phoenix Cover Permanent, and the Indigo Flames – S1897 (5d) weapon skin, by doing routine tasks like logging in for a number of days, staying alive in the battle royale, and defeating enemies.

Outside the world of the game, the launch of Phoenix Adarna is also a collaboration with Cebu Pacific Airlines, with a themed flight from Manila to Cebu set to take place on Wednesday, June 15.

The themed flight will include trivia games with the chance to win free flights, merch giveaways, and airport and cabin crew wearing costumes inspired by PUBG Mobile and Phoenix Adarna. The themed flight will be Cebu Pacific Flight 5J 573 that departs from Manila at 1:45 p.m., for a ETA in Cebu at 3:10 p.m.

If you're a member of the PUBGM Philippines Facebook group,  you'll also be entitled to win 1000 UC for your account and exclusive PUBG Mobile x Cebu Pacific collab merch.

Also read: This Colorful Bird is the Real-Life Ibong Adarna from Philippine Myth

For more information, check out the official Facebook page of PUBG Mobile Philippines.