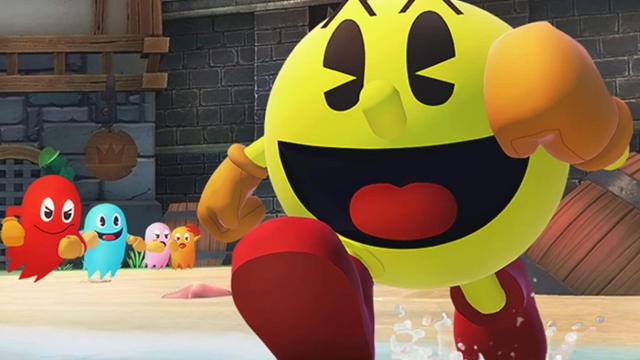 Feed your appetite for nostalgia!

(SPOT.ph) PAC-MAN is back, man! But wait, want to feel old? The famously hungry, yellow ball is already over 40 years old. Yet, is he out living up a mid-life crisis playing golf with Mario on the weekdays while drinking until he passes out on the weekends? No, the man is reliving his 20's in the upcoming remake of PAC-MAN World.

Released for the 20th anniversary of PAC-MAN's debut, PAC-MAN World launched on the PlayStation 1 in late 1999 and went on to become a breath of new life for the PAC-MAN franchise, as it was followed by two sequels and a racing spin-off (and you know you're a cool Nintendo character if you get a racing spin-off). Now, the 40-year-old muncher is proving he's not a relic of the past, as a remake of PAC-MAN World is coming to PC, Nintendo Switch, PlayStation and Xbox.

Announced during the recent Nintendo Direct Mini, PAC-MAN World Re-PAC is a remaster of the 1999 video game with enhanced graphics and all-new features. It's set to be released on August 26 on PC via Steam, Nintendo Switch, PlayStations 4 and 5, as well as on Xbox One and Xbox Series X and S.

The synopsis of the game reads as: "In PAC-MAN WORLD Re-PAC, PAC-MAN arrives home on his birthday to find the Ghosts have kidnapped PAC-MAN’s family & friends and ruined his party! PAC-MAN must set out to adventure through the six areas of Ghost Island to rescue his family and friends, and face-off against the Ghosts’ boss, TOC-MAN!"

Also read: 10 Old-School Games You Can Still Play on Your Smartphone for Free

Aside from being your classic 3D action-adventure platformer where you'll jump, dodge, and consume bad guys, the remake will also have reworked puzzle mini-games in the different themed areas of Ghost Island. You can even unlock the original PAC-MAN game by completing these puzzles, if that's a bit, uh, more your generation.

GameXplain put together a side-by-side comparison of the differences between the remake and the original, which you can view below. The biggest change? Ms. PAC-MAN has been swapped out with PAC-MOM. PAC-MOM? Sorry. PAC-MOM? (Okay, we are actually sorry.)

Also read: Channel Chill Vibes as a Cat Lost in a Futuristic City With This Cool New RPG