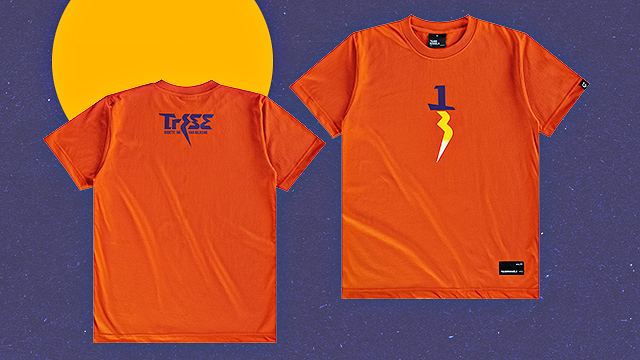 Look Closely: This Trese-Inspired T-Shirt Has the Coolest Little Details

The logo was created by Filipino designer Dan Matutina.

(SPOT.ph) Netflix's highly anticipated new series Trese,  the anime adaptation of Budjette Tan and Kajo Baldisimo's graphic novel series of the same name, officially premiered on the streaming service today, June 11. Whether you've been waiting for this release since it was first announced in 2018 or the addition of Liza Soberano along with the rest of the Filipino voice cast is what put it on your radar, we can all agree that the Trese premiere—and what it means for stories and scripts born out of the Philippines—is one every Filipino can celebrate. To mark the occasion, we found a cool shirt you'll want to cop to show your support for the show: Local brand Team Manila teamed up with renowned Filipino designer Dan Matutina to create a T-shirt inspired by Trese!

Matutina, co-founder of design studio Plus 63 Design Co., has worked with international publications like Wired, The Guardian, and The Wall Street Journal. The designer shared modestly that the T-shirt's design originally began simply as a personal piece of fan art, which he posted on his Instagram page on May 23. He noted that he created the graphic due to being “super hyped after watching Trese’s Netflix trailer.”

The logo features Alexandra's Trese’s weapon of choice, Sinag, which she wields in arnis fighting style. It's also a stylized form of the number 13, the literal translation of the Filpino word “trese.” The shirt sports a striking orange shade with Matutina's logo printed front and center.

On the back of the T-shirt, you'll see the word "Trese" in full, also inspired by Sinag’s curved form as well as by the Kambal and Maliksi from the graphic novel, whom Matutina shares are his favorite characters in the series. Underneath the back logo, Budjette Tan's and Kajo Baldisimo's names are printed, honoring the original creators of the story.

Online Shopping Savvy Adventurer Seasoned Staying In Heading Out T-shirt Graphic Tees Team Manila Daily Grind Topspot Shopping Trese Dan Matutina
Your Guide to Thriving in This Strange New World
Staying
In? What to watch, what to eat, and where to shop from home
OR
Heading
Out? What you need to know to stay safe when heading out