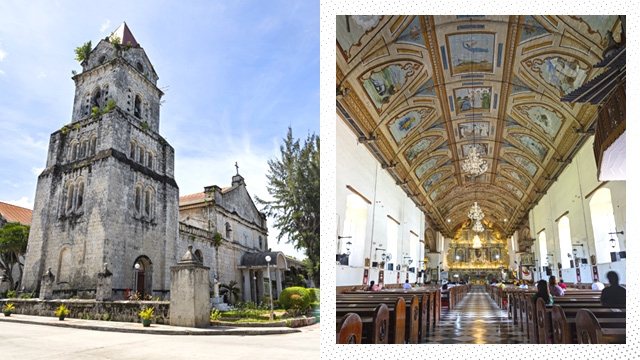 WATCH: Beautiful Churches in Cebu for Your Bucket List

They're also rich in history.

(SPOT.ph) Considering our country's long history with the Roman Catholic Church during the Spanish period, it shouldn't be a surprise that a number of old churches can be found in many of our provinces. A large concentration of these are in the Visayas, particularly in Cebu, where Christianity was first introduced way back in 1521. Whether you're looking for divine guidance through a spiritual pilgrimage or are in awe of the architecture and stories behind Spanish-era churches, these structures are always worth a visit.

Also read: 10 Heritage Churches for a Pilgrimage Across the Visayas

Check out these heritage churches the next time you're in Cebu:

Commonly known as Santo Niño Basilica, the Minor Basilica of the Holy Child of Cebu was founded in 1565, the same day that the image of the Holy Child was found in a partially burned hut. It is said to be the same image that was president by Ferdinand Magellan to Rajah Humabon in 1521. The Santo Niño Basilica is believed to be the oldest Roman Catholic church in the Philippines, and is designated by the Vatican as the "Mother and Head of all Churches in the Philippines."

Also known as St. Catherine's Church or the Carcar Church is famous for its unique double belfries with a distinct four-cornered dome. Historians say that this style is reminiscent of Austrian Baroque, which is connected to the Spanish through the Habsburg Hispanic Monarchs.

Archdiocesan Shrine and Parish of Saint Michael the Archangel

Commonly known as the Argao Church, the Archdiocesan Shrine and Parish of Saint Michael the Archangel is a stone church that was constructed in 1734 and completed in 1788. It is made from coral stone, which is common among structures that are near the sea.

Also made from coral stones and facing the sea, the San Guillermo de Aquitana Church in Dalaguete has a three-bodied bell tower that has been converted into a baptistry. It is recognized as a National Historical Landmark by the National Historical Institute.

Constructed in 1829, St. Gregory the Great Parish Church in Ginatilan takes pride in its Cebuano son, 17-year-old missionary Saint Pedro Calungsod. It is said to have been built even before Ginatilan was established as a town.

The Sta. Ana Church of Barili is dedicated to St. Anne, the mother of the Virgin Mary. While the parish was founded in 1614, construction of the present church started only in 1889. It features coral stone foundations, which were maintained even renovations in 1974.

If you want to know more about these Cebu churches, check out Studio Spot's video: