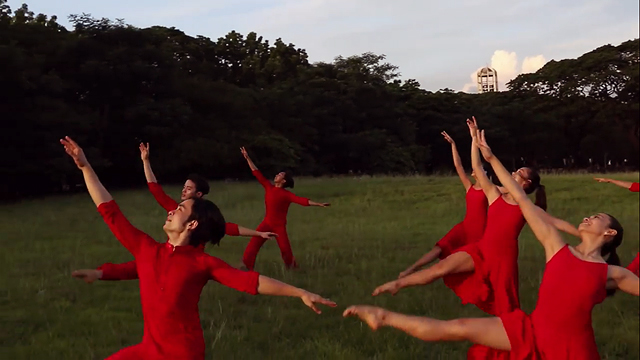 WATCH: Relive Your U.P. Days in This Heartwarming Dance Video

Do you still remember Area 2?

(SPOT.ph) With its sprawling spaces, rows of acacia trees, and stately buildings, it doesn't come as a surprise that the Diliman campus of the University of the Philippines is a favorite shooting location among filmmakers. Who can resist walking down memory lane just by watching Giancarlo Abrahan's Dagitab (2014) and Antoinette Jadaone's Alone/Together (2019)? The picturesque campus is once again featured in a now-viral dance video by JM Cabling and Daniel Wesley complemented by the song "Bawat Daan" by Ebe Dancel. The duo, also known as JM & Dan, is joined by members of University of the Philippines Dance Company.

The full clip is only available for watching through Facebook, but here's a teaser:

"We decided to make this video as a tribute to the graduating batch of the University of the Philippines (U.P.). This video is not only a symbol of triumph and celebration for graduating from one of the country’s top universities but more importantly, [it] serves as a reminder to our graduates of their responsibility to serve the people," they told SPOT.ph. The clip was released on Facebook on July 1, a day after the state university's 108th general commencement exercises, but was temporarily taken offline until they got permission from Star Music. It has since earned 26,000 views and almost 300 shares.

Aside from showcasing homegrown talent in contemporary dance, it also shows different spots inside the campus that play a big part in every U.P. student's life—such as the Palma Hall steps where indignation rallies are often held, Area 2 where you can find some of the cheapest meals in the university, and the Sunken Garden. By doing this, the duo hopes that the graduates "will always remember what U.P. taught them as Iskolars ng Bayan."

Walking the talk—or rather dancing the talk, the two dancers are imbibing the university's core values, honor and excellence, in everything they do. Cabling, who graduated with a degree in Bachelor of Music Major in Dance, now works as a choreographer for plays and musicals such as Himala: Isang Musikal and Mula sa Buwan. He won the Wifi Body New Choreographers Competition at the Cultural Center of the Philippines in 2014, Alvin Erasga Tolentino Koryograpiya Award in 2018, and Trudl Dubsky Zipper Award for Best Choreography at the CCP Ballet Competition in the same year.

Wesley, a third-year dance student, teaches hiphop at the VGU Dance Studio in Marikina. He was last seen onstage for Mula sa Buwan.

Further emphasizing this advocacy to serve the people, the last few seconds of the video show Napoleon V. Abueva's sculpture titled "Three Women Sewing the First Philippine Flag. " Incidentally, this piece of art is located at the Tres Marias Plaza crossroads, with paths leading to the Amphitheatre, the U.P. Lagoon, the U.P. Carillon, and Vargas Museum.