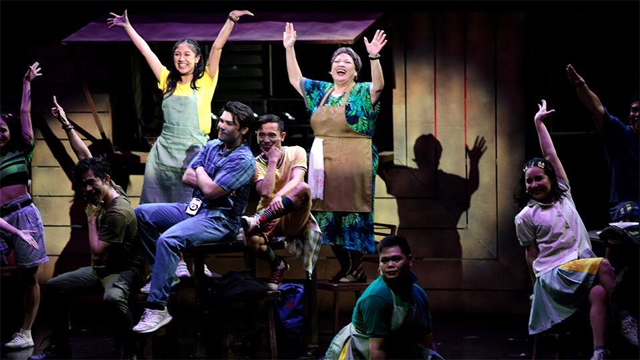 Theater Is Back: Ang Huling El Bimbo Cast Returns to the Stage

A musical concert is happening live on December 10.

(SPOT.ph) Browse through your gallery and the last time you probably went inside a theater was when you watched Matilda, The Musical at The Theatre at Solaire or when you caught the rerun of Every Brilliant Thing at Maybank Performing Arts Theater. Sure, online streaming and virtual performances kept the performing arts alive through the pandemic; but, nothing beats seeing actors onstage as the sounds and lights do their thing. With the easing of Alert Level, the Newport Performing Arts Theater at Resorts Worlds Manila in Pasay reopens their doors and welcomes theater-goers with Ang Muling El Bimbo, a homecoming concert of the Ang Huling El Bimbo cast.

Also read: Ang Huling El Bimbo Musical Is a Throwback to the '90s That We All Need

First staged on July 20, 2018, Ang Huling El Bimbo (AHEB) was written by Dingdong Novenario and directed by Dexter Santos. It follows the story of three friends: Hector, Emman, and Anthony, who find themselves in an unlikely mini-reunion 20 years after their college graduation. Their younger selves are revealed in a slew of flashback scenes, starting from how they met in a dormitory at college to how they parted ways on the last day of school, and all the challenges they faced along the way. These stories are all told through songs of the Eraserheads, which were arranged for the stage by musical director Myke Salomon.

Due to popular demand, it had two sold-out reruns in March 2019 and July 2019. Ely Buendia: A Night at the Theater, which was a musical concert featuring the cast and Ely Buendia himself, was staged in December 2019 and again in February 2020. A recorded 2019 performance was streamed for free in May 2020, while a ticketed show became available online in November 2020.

Ang Huling El Bimbo Theater Musical Resorts World Manila Newport Performing Arts Theater Pasay Metro Manila Heading Out
Your Guide to Thriving in This Strange New World
Staying
In? What to watch, what to eat, and where to shop from home
OR
Heading
Out? What you need to know to stay safe when heading out