LANAI Café By M Serves Old and New Dishes by Margarita Forés
Loading
Already a member? Log in
No account yet? Create Account
Spot.ph is your one-stop urban lifestyle guide to the best of Manila. 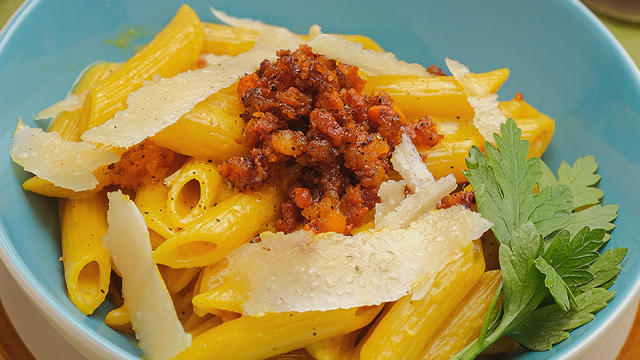 Plus a creamy burrata-topped tartine, and more!

(SPOT.ph) You probably know LANAI as a lifestyle store-slash-secret sanctuary located within Karrivin Plaza. More than that, however, LANAI also serves coffee and light eats, in the form of LANAI Café by M. Past its grand wooden door and the flowers and intricate ornaments that greet you as enter, you’ll find tables decked in green cloth, further adorned with plants, cone-shaped lamps, and vintage mirrors in varying sizes. There’s a vogue feel to it, but it somehow feels like home.

While the café itself has always been around, it wasn’t until late 2018 that Margarita Forés (of Cibo, Lusso, Grace Park, and the now-closed Café Bola) took over the kitchen. They’ve retained a few of the former café favorites, including the fan favorite Iced Coffee (P220) using coffee beans sourced from the Cordillera region. But they’ve given the rest of the menu a makeover, with Forés injecting her touch to their lineup of aperitifs, soups, salads, pasta, tartine, mains, and desserts. Unlike with her other restaurants (Cibo being Italian, Lusso being French), Forés does not necessarily follow any one cuisine here; instead, you’ll find a diverse selection of dishes—some old, some new—all hearty, filling, and perfect any time of day.

Forés harks back to the Café Bola days with the Penne Ilonggo Chorizo (P230). The dish highlights the said Ilonggo sausage, which comes as crispy-fried bits and whose juices flavor the cream sauce below. You might not think there’s enough of the chorizo at first glance, but trust us, it’s so potent that you get a good burst of its characteristic garlicky flavor with each bite, adding a lively punch to the al dente pasta.

For a one-of-a-kind bite, go for the Pear Ravioli pasta (P360), which Forés had previously served to the Italian ambassador (who gave the dish two thumbs up!). Sweet meets salty here, with ravioli sheets housing a slightly sweet pear filling, given a pungent touch with a gorgonzola cream that hugs each raviolo. While the pear-gorgonzola pairing isn’t necessarily new, what takes this dish to the next ingenious level is the crumbled bits of Ilonggo biscocho on top, adding a light butteriness and mild crunch—as well as baby broccoli sprouts, whose earthiness keep the dish from being cloying.

The Poke Seared Tuna (P320) is a good candidate for a light lunch, what with its simple but hearty mix of seared tuna, red wine tomatoes, cucumbers, and mangoes on a mint- and basil-spiked quinoa base. It might sound like a mouthful, but it all comes together with a honey-lemon vinaigrette, whose sweet and tangy profile unites the whole mix and makes for a refreshing bite.

More on the deceptively light end of the spectrum are their tartines—of which the Burrata, Rucola, & Anchovy variant (P390) is a fan favorite, and for good reason. Atop a slice of sourdough you’ll find creamy, dreamy burrata cheese sourced from Negros, accented with red wine tomatoes, arugula, and extra-virgin olive oil. Take a bite and you get a mix of milky, tangy, and earthy—plus a surprise umami burst from the not-so-secret addition of anchovy paste under the cheese, adding depth without overpowering the other components.

More than its amazing interiors, LANAI Café by M extends the experience to their food and does so in such a way that’s consistent with their eclectic yet laid-back aesthetic. Distinctive as the dishes are, at the end of the day, what they serve up is pure comfort.

Lanai Lanai Cafe Karrivin Plaza Cafe Bola Margarita Fores Savvy Seasoned Evergreen Makati
Your Guide to Thriving in This Strange New World
Staying
In? What to watch, what to eat, and where to shop from home
OR
Heading
Out? What you need to know to stay safe when heading out