Cinema Centenario Hosts Cine Manunuri at UPFI and UP Cine Adarna
Loading
Already a member? Log in
No account yet? Create Account
Spot.ph is your one-stop urban lifestyle guide to the best of Manila. 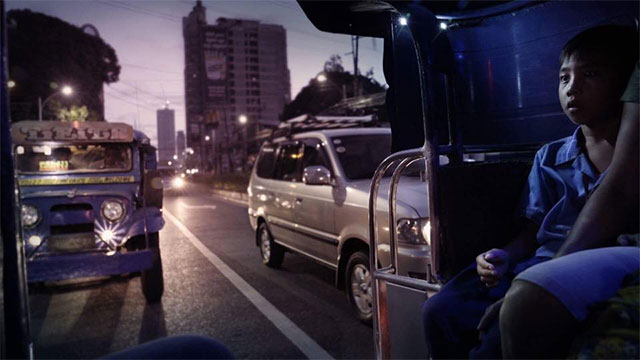 Cinema Centenario to Screen Gawad Urian Documentary Nominees at UP

Catch the films this July!

(SPOT.ph) Living in the Metro can be a challenge for any number of reasons, and while we're all just trying to make it through one day at a time, nothing sobers you quite like a documentary film. There are always gems in the recent crop of Filipino films—like the Martial Law film ML and the action-packed BuyBust—and in June, the Gawad Urian Awards picked the best from the best. While only one emerged with a trophy, the other nominees are also worth a look, and here's your chance: Cinema Centenario is hosting Cine Manunuri from July 6 to 14. You can catch Gawad Urian Documentary category nominees at the  UP Film Institute Videotheque and UP Cine Adarna.

When Jennifer Laude, a transgender woman, was killed by a U.S. Marine, only three women could fight for her justice after death. The documentary is directed by PJ Raval, who recently became a member of the Academy of Motion Picture Arts and Sciences.

This documentary directed by Hiyas Baldemor Bagabaldo highlights religion and what it takes to turn it into a tangible manifestation. Set in the small town of Paete, it follows a group of men transforming blocks of wood into a 12-foot sulpture of Jesus on the cross.

Director Patrick Alcedo focuses on dance for this documentary. Featuring a group of Filipino dancers trying to make it big in the world of ballet, the film narrates just how difficult it is to succeed in the country's most densely populated city, where your social and economic status decides your success.

A mockumentary on Pres. Duterte's term and so-called war on drugs, the film is a tongue-in-cheek look at the pop-culture spectacle that was Kiko Matos and Baron Geisler's fight following their viral bar brawl. Directed by Eshei Mesina and Banuk Aman, the film is a critique on sensationalism and manipulation, and blurs the line between reality and fiction.

Produced by the Unyon ng mga Manggagawa sa Agrikultura and directed by Danielle Madrid, the film shifts the focus to three areas in Negros Occidental still fighting for their right to food, security, and land.

Set in Manila's busiest international port, four people struggling to make ends meet watch the wealth of the world as it's shipped and exchanged. Director Jewel Maranan captures vignettes of their lives and shows that in the tiny space of four locals, foreign nations leave their imprints.

Check their schedule below!

Tickets are priced at P150 per screening, except for Beastmode. No reservations can be made in advance and tickets will be sold on a first-come, first-served basis only. For more information, you can visit Cinema Centenario's Facebook page.