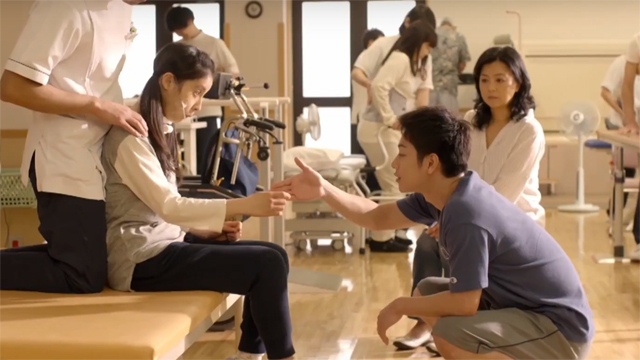 Here's Where You Can Watch Selected EIGASAI Films for Free

(SPOT.ph) Foreign film festivals can give you a unique glimpse into an entirely different culture while satsifying the movie junkie in you. We get several in a year, like the EIGASAI Film Festival, and for a short period of time, you can catch Japanese films from a curated lineup. The selection is always fresh and diverse, but like most film festivals, it gets a limited run and the titles aren't always available in a lot of theaters. If you missed the screenings in July at the Red Carpet, Shangri-La Plaza, we have good news for you: The UP Film Institute Film Center is screening several EIGASAI Film Festival entries for free from August 14 to 17.

Here are the EIGASAI films you can watch for free:

Schedule: August 17 at 7 p.m.
After a feudal lord stages a marathon to whip his samurai into shape in preparation for the U.S. invasion, the Japanese government mistakes this as a threat to their control and reign.

Schedule: August 16 at 2 p.m. and August 17 at 4:30 p.m.
Taking place in post-war Japan, the film follows the daily lives of a Korean family as they carve a new normal while running a food joint called "Yakiniku Dragon."

Schedule: August 14 at 7 p.m.
After years of neglecting his family as he spirals into debt brought about by his addiction to gambling, a detective returns to his family to set things right and be a better person.

Schedule: August 16 at 4:30 p.m.
After having just proposed to her girlfriend, she falls ill only to reawaken with no recollection of her life and her relationships. The film is based on a true story.

Schedule: August 14 at 2 p.m.
Adapted from a comic, the film features three brothers joining forces to defeat a snake demon in order to protect mankind.

Schedule: August 17 at 11 a.m.
Tackling friendship, family, and love, this vibrant animated film features a lonely boy finding his place on Mermaid Island where he joins and practices with a school band.

Schedule: August 15 at 2 p.m.
Struggling to come to terms with the now decreased attention from his parents brought about by the arrival of his younger sister, a spoiled boy changes his views on his family life when he gets a visit from his younger sister's older, future version.

Schedule: August 15 at 4:30 p.m.
After being cheated on by a fellow table tennis star, a girl returns to her hometown to restart the now-defunct table tennis team left behind by her mom in order to win against her ex-boyfriend and the girl he replaced her with.

Schedule: August 15 at 7 p.m.
A detective encounters an odd case: a man who once fought for his innocence, only to be proven guilty commits a murder again and admits to it this time. As he uncovers the truth, he realizes there's more to his client than meets the eye.

A horror-movie crew shoots in an abandoned location that was meant to serve as an active water filtration facility. Lines blur between reel and real as they encounter supernatural phenomena.

Schedule: August 14 at 11 a.m. and August 16 at 7 p.m.
A dad-and-son duo work together to shoplift stores in order to survive but everything changes when they rescue a lonely girl on the streets and sets off an investigation in search of her.

Schedule: August 15 at 11 a.m.
A girl encounters her high school crush once more after he meets a tragic accident that leaves him paralyzed waist down. Despite his condition, she is optimistic they will live together happily.