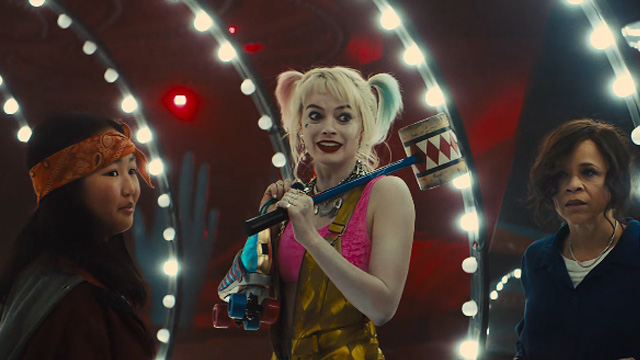 (SPOT.ph) If it felt like January was the longest month ever, well, you aren’t alone! Thankfully, February is finally here and with it comes a new roster of blockbusters that will keep you entertained. Whether you’re single or catching them with a significant other, these flicks will have you on the edge of your seat this entire love month. Jot down these release dates, Spotters, and see you at the cinemas!

Here are the must-watch movies this February:

If you’re an avid movie fan and have been following this year’s awards season, then you know all about director Sam Mendes’ much-lauded war epic. Filmed in a seemingly one-take camera technique, it tells the story of two British soldiers in World War I. They must cross over dangerous enemy territory to deliver an important message that could save thousands of their fellow soldiers. With a cast that includes George MacKay, Dean-Charles Chapman, Mark Strong, Andrew Scott, and Colin Firth, the film has already won multiple awards and has 10 Oscar nominations.

On Vodka, Beer, and Regrets

Viva Films reunites Bela Padilla and JC Santos in another romance flick that will speak to heartbroken audiences this Valentine’s season. Not much of the plot is explained in the trailer, but we do know that they play two strangers who hit it off and hook up after a night of drinking—that is, until Santos’ character asks if he can see her again.

Birds of Prey (and the Fantabulous Emancipation of One Harley Quinn)

The title is quite a mouthful, and the trailer is also full of crazy and manic fun that comic book fans have come to love about Harley Quinn. Margot Robbie reprises her role as the titular character in the follow-up to 2016’s Suicide Squad; after her breakup with the Joker, Harley finds herself rebuilding her life while on the run from a narcissistic mob boss. The film also stars Mary Elizabeth Winstead, Jurnee Smollett-Bell, Rosie Perez, Chris Messina, and Ewan McGregor.

To All The Boys: P.S. I Still Love You

Is it really February if we don’t have a new romance movie that will get us shamelessly kilig? Set after the events of the hugely successful Netflix Original Film, we now see Lara Jean (Lana Condor) and Peter (Noah Centineo) are now officially dating. But just as Lara Jean starts experiencing her first real kiss, first date, and first Valentine’s Day, things get complicated when one of her other letter recipients, John Ambrose (Jordan Fisher), re-enters her life.

Based on the 1977 television series of the same name, it centers on a mysterious wealthy man named Mr. Roarke (Michael Pena), who owns a remote tropical resort and makes the secret dreams of his guests come true. Things take a turn when their fantasies turn into terrifying nightmares.

Written and directed by Greta Gerwig, this coming-of-age period drama is based on the 1868 novel of the same name. The critically acclaimed adaptation stars Saoirse Ronan, Florence Pugh, Emma Watson, Eliza Scanlen, Laura Dern, Timothee Chalamet, and more. It has six nominations at the Oscars, along with many other nominations in other prestigious awards shows.

A young and socially challenged hotel clerk’s (Tye Sheridan) typical night shift turns into a murder case when a hotel guest is suddenly killed. The twist is that he’s witnessed the crime, but his suspicious behavior makes him the lead suspect.

After fans widely criticized the first trailer of Sonic the Hedgehog, Paramount is finally releasing their newly redesigned adaptation of the video game franchise. Sonic (Ben Shwartz) lands himself in hot water when he accidentally causes a power outage, and is later targeted by the government to be hunted down. The voice cast also includes Jim Carrey and James Marsden.

Touted as a “loose, modern adaptation” of H.G. Wells’ novel, this psychological sci-fi horror centers on Cecilia (Elisabeth Moss), who is trapped in an abusive and controlling relationship with a wealthy scientist. After the latter takes his own life and leaves her a generous portion of his fortune, she begins to suspect that his death was a hoax and she starts being haunted by a series of eerie events.