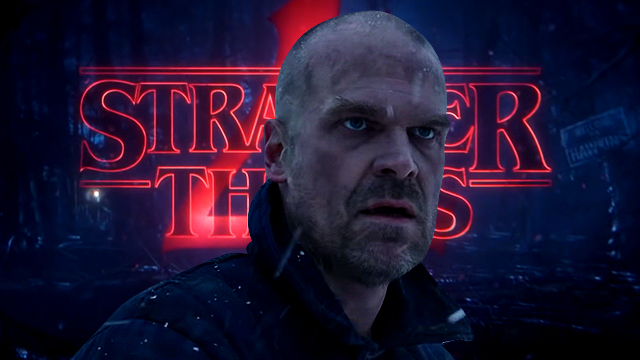 10 of the Most Bizarre Theories About Stranger Things Season 4

Hopper being alive changes so many things!

(SPOT.ph) It’s been over half a year since the third season of Netflix’s Stranger Things dropped and the thrilling ride ended in tragic deaths, several questions, and hopes for a safer Hawkins. On Valentine’s Day, Netflix released a teaser for Season 4 showing the snowy landscapes of Russia and David Harbour’s Hopper—who is very much alive. The last episode of Season 3 probably had you wondering if he really was gone or he somehow made it alive, and now you have your answers. There are many questions still up in the air and anything can happen in the next season, so we thought of some possibilities, theories, and major plot points we think we might unravel in Season 4. Beware, though: spoilers ahead!

Here are 10 theories we have for Season 4 of Stranger Things:

In the last episode of Season 3, it was pretty confirmed that Hopper died with his face appearing in a newspaper and the headline “Hero Chief Dies In Fire.” He was standing pretty close to the Russians’ machine that controlled the Gate and his demise seemed likely, but it’s hard to rule out the possibility that he made it. But, as confirmed by the Season 4 teaser, the old chief is alive, sporting a Gulag-appropriate look in the snowy landscape of Russia.

Now, hear us out: What if Hopper somehow ended up in the Upside Down and gained powers that helped him stay alive? That, or the Russians experimented with his body and somehow imbued him with supernatural abilities. Either way, we’re thinking it’s a bit difficult to survive an explosion that big.

Hopper is working with the Russians, or at least being forced to.

From the Season 4 teaser, we know three things: Hopper is alive, he’s in Russia, and he’s somehow not tied up or behind bars. Our theory? He’s working with the Russians, or at least he’s being forced to in exchange for his life. Perhaps he’s pretending to be on their side and biding his time before finally escaping or alerting people of his location, or maybe they’ve brainwashed him or wiped his memory clean so he sees no reason to fight back (yet).

The portal to the Upside Down is somehow still open.

Because, really, everyone thought it was already closed in Season 2, only for the Mind Flayer to still haunt the gang in Season 3. In Chapter Eight: The Battle of Starcourt, the exploding machine signalled the portal’s closure and Hopper’s death, but Hopper is obviously alive, so there’s a chance that the portal could still be open.

Several years have passed since Season 3.

This ties back to our theory that Hopper got stuck in the Upside Down and he came out alive. The Upside Down is an odd and strange place, and the physics of our world—like time and space—doesn’t seem to apply there. If he did get stuck there, we’re playing with the thought that a short time for him was actually years in real time.

They're trying to open or create a portal to The Upside Down in Russia.

If the Russians were planning to open a portal in Hawkins, what makes us think they won’t try the exact same thing in their home country?

The Mind Flayer will be back, perhaps in a new form.

The Mind Flayer spent Season 3 flaying humans and rats in order to generate enough biomass for its bigger and better body. That was cut short when Joyce (Winona Ryder) and Hopper closed the portal, of course. But you can’t be expected to believe that the Mind Flayer will stop after being defeated once, and besides, it already put in all the effort for a new body, and if the portal is open somewhere and somehow, the Mind Flayer should be able to do it all over again. Think about it: What if the Russians provide it with humans to use?

Jonathan Byers and Nancy Wheeler keep in touch as promised.

Right before the Byers family and Eleven (Millie Bobby Brown) left Hawkins, Indiana, lovers Jonathan Byers (Charlie Heaton) and Nancy Wheeler (Natalia Dyer) promised to stay in touch. We’re not sure where the family moved to, but it would be interesting to see if the two can manage a long-distance relationship with no problems!

There's going to be a Christmas reunion episode.

Nope, you read that right, we’re talking about a winter-themed episode. Right before the Byers and Eleven left, Mike Wheeler (Finn Wolfhard) mentioned their return to Hawkins “when you come back to visit at Christmas.” We don’t know where they’re coming from to visit or how far they are from Hawkins, but according to executive producer Ross Duffer, he meant to keep it that way so as not to box in the possible settings and locations for Season 4. Regardless of where though, we’re looking forward to seeing the gang gathered around the Christmas tree.

Eleven lost her powers and can no longer track Hopper, and he plans on staying dead.

In the last episode of Season 3, Eleven yanked out a piece of the Mind Flayer from her leg. This was the last time we saw her use her powers, and the epilogue showed that she still didn’t have them back three months later. How badly her powers were affected is up for debate, but if she lost all of them, it means she also lost her ability to track down Hopper via remote viewing, or even attempt to communicate with him mentally.

This could be a major plot point in Season 4. Hopper is either working his way to escape the Russians and return to Hawkins, or he plans on staying dead, the gang never finding out about his existence. There are a lot of questions and possibilities but hey, we’re just throwing out ideas here!

Eleven eventually gets her powers back.

It’s only really one of two things: Eleven never gets her powers back and she’s finally free from the Upside Down, or she gets them back. Linking it to all the other theories here, Eleven not having her powers could be related to why no one knows Hopper is alive, and we’re thinking she’ll eventually get it back after everyone figures out Hopper didn’t die. The Russians seem to be planning something, and after their attempt at opening a portal in Season 3, chances are high that they’ll try again. Mix it all up and we’re hoping to see Eleven getting her powers back to either (A) kill the new monster, or (B) close the portal for good. That, and Eleven raising her hand to move things is still a pretty cool sight.

Stranger Things Netflix Stranger Things Season 4 Adventurer Savvy Seasoned Evergreen
Your Guide to Thriving in This Strange New World
Staying
In? What to watch, what to eat, and where to shop from home
OR
Heading
Out? What you need to know to stay safe when heading out