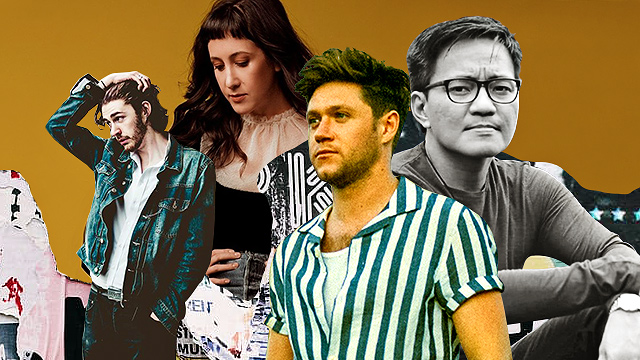 10 Free Online Concerts You Can Watch From Your Couch

Yes, you get front-row seats to these performances!

(SPOT.ph) Staying at home seems easy enough to do, but that doesn’t mean you don’t get the itch to go out or find something to do to pass the time. The spread of COVID-19 has restricted human interaction, so while all of the social events you used to enjoy have taken a backseat, that doesn’t mean you should totally disconnect and go through this alone. Several artists all over the globe have thought of staging online concerts to be with fans while staying home. Yes, you can’t go to a gig in person, but technology has made it possible to get through  self-isolation together—aside from front-row seats to your fave artist’s show. The best part? You can replay the best moments over and over again.

These online concerts will keep you entertained during the quarantine:

Coldplay frontman Chris Martin went live on March 17 and launched Together At Home, an online initiative that aims to connect people while staying at home. The project is a partnership between the World Health Organization and Global Citizen, a movement consisting of people with different backgrounds who have  the common goal of using their voices to end extreme poverty by 2030. The British singer performed Coldplay's hits like “Viva La Vida” and “Sky Full of Stars,” and if you’re looking for a guitar lesson, he also took some time to teach viewers how to play David Bowie’s “Life on Mars.”

American singer and producer Charlie Puth took part in Together At Home and went live from his parents' home to perform hits like “One Call Away,” “Attention,” and “See You Again” from the 2015 film Furious 7. The artist is known for his piano skills, and you can expect a showcase of that in this online concert.

“Take Me to Church” singer Hozier's part in Together At Home comprised a series of concerts that he's put on Instagram. His genre is far from that of popstar Britney Spears, but his rendition of her song “Toxic” is a fresh, gothic take on the 2003 radio hit. It’ll take you by surprise, the same way it got Twitter users shook and impressed.

Everyone is encouraged to stay in their respective homes during the quarantine, but really close friends stick together—like members of Colorado band OneRepublic, who were cooped up in vocalist Ryan Tedder’s studio. Tedder warned fans that he had a hoarse voice that morning, but they still gave their all to put on a fun concert with their own songs “Counting Stars” and their first hit, “Apologize,” as well as a cover of the Jonas Brothers’ “Sucker.” In between songs, he encouraged everyone to donate to Global Citizen to help in the efforts to combat COVID-19.

The “Señorita” duo is also part of Together At Home, and in between inside jokes and laughs, they covered Ed Sheeran’s “Kiss Me,” Mendes’ own “Lost In Japan,” and Cabello’s catchy “Havana.” The pair appeared in laid-back outfits perfect for staying in, showing even celebrities don't make a big deal about dressing up during quarantine.

Next to receive the Together At Home torch is Niall Horan, who played tunes for fans with a few sips of tea in between. His debut single “This Town,” mellow ditty “Flicker,” and “No Judgment” from his latest album Heartbreak Weather are just some of the tracks he sang during his online concert.

“Let It Go” from English singer-songwriter James Bay made waves in 2014, but is still being played today thanks to its easy melody and heart-wrenching lyrics. It’s made even better with the guitar accompaniment—and if you want to play along, Bay goes through each of the chords and teaches you step by step in his online gig. If you’re serious about learning his other songs, he also has a video teaching viewers how to play “Hold Back the River.”

It might be hard to imagine how nine people can all play at the same time (slow WiFi is a thing, after all), but indie-folk band Ben&Ben is proof you can pull off an online concert while maintaining social distance. The band streamed live from their own homes with their respective instruments and sang a few songs like “Leaves,” “Kathang Isip,” plus an extended version of “Pagtingin” featuring a rocking solo courtesy of guitarist Poch Barretto.

With his acoustic guitar and unmistakable voice, former Sugarfree frontman Ebe Dancel serenaded fans with popular songs like “Burnout,” “Tulog Na,” “Kung Akin Ang Mundo,” and more. The online concert is part of Bayanihan Musikahan, a project launched by composer Ryan Cayabyab to raise funds for COVID-19 response and to provide financial aid to daily-wage earners who can’t go to work due to the quarantine.

Singer Vanessa Carlton rose to fame in 2002 after she rode a piano all around town in the music video of her song “A Thousand Miles,” and it’s nice to know she’s still making music today. Over the course of three online shows, she sang “Salesman,” “House of Seven Swords,” and “Blue Pool,” to name a few. She’s joined by her family and pet dog, which make for fun side comments and stories.

Online Concerts Live Music Chris Martin Charlie Puth Hozier Onerepublic Shawn Mendes Camilla Cabello Niall Horan James Bay Ben&ben Ebe Dancel Vanessa Carlton Adventurer Savvy Seasoned Tpc-000001 Guide Evergreen
Your Guide to Thriving in This Strange New World
Staying
In? What to watch, what to eat, and where to shop from home
OR
Heading
Out? What you need to know to stay safe when heading out