Everything We Know So Far About New Netflix Fantasy Series Cursed
Loading
Already a member? Log in
No account yet? Create Account
Spot.ph is your one-stop urban lifestyle guide to the best of Manila. 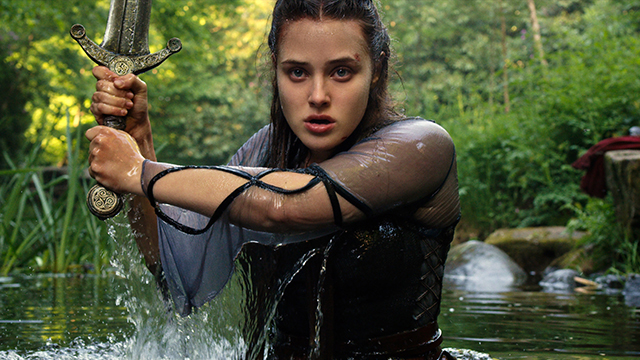 (SPOT.ph) For almost the entirety of the 2010s, Game of Thrones dominated the fantasy genre on television when it aired from 2011 to 2019. Since the show's successful eight-year run, audiences have been treated to many other shows and films tackling similar themes and supernatural elements like Netflix originals The Witcher, Locke and Key, The Last Kingdom, and the upcoming mythology-based series Kaos. If you love tales filled with thrilling plotlines, fantastical elements, perilous journeys, and the like, here's something you may want to add to your to-watch list: Netflix's upcoming series Cursed could be your newest fantasy drama addiction!

Based on the illustrated novel of the same name by Frank Miller and Tom Wheeler, Cursed stars 13 Reasons Why's Katherine Langford as Nimue, a young woman gifted with mysterious powers who is destined to become the Lady of the Lake. Bookworms and lit geeks may recognize the name Lady of the Lake as the enchantress associated with the Arthurian legends—you'll be happy to know that this fantasy drama is a retelling of the medieval classic, albeit from a woman's perspective. You probably recall the legend as the tale of a young man attempting to retrieve a magical sword from a stone in order to become king, but "what if the sword chose a queen?" reads the show's tagline. We're already excited to see this age-old tale put a heroine in the spotlight for a change!

The series follows Nimue as she teams up with the mercenary Arthur (yup, that Arthur, played by Devon Terrell) in their quest to find the sorcerer Merlin, played by Gustaf Skarsgård (son to veteran actor Stellan Skarsgård and brother to True Blood's Alexander Skarsgård) and deliver an ancient sword. As they go through their journey, Nimue also catalyzes a rebellion against the Red Paladins and their leader King Uther. Fans of The Hunger Games' female-led insurgency will enjoy seeing Langford playing a similar role as Cursed's powerful protagonist.

Cursed is set to release on Netflix some time between June to August 2020.