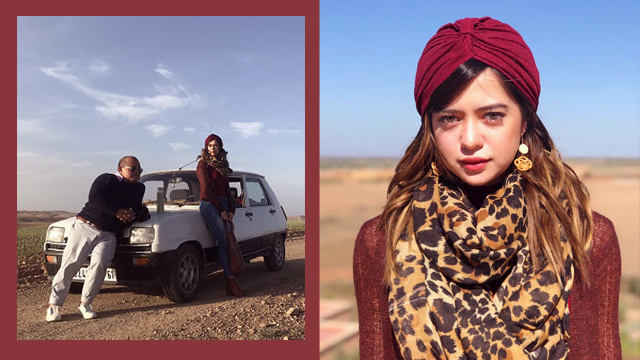 Netflix's Next Pinoy Film Finds Sue Ramirez in Morocco; Here's What We Know So Far

She stars alongside Jelson Bay in Finding Agnes!

(SPOT.ph) Have you found yourself scrolling through your old IG travel posts and missing the good ol' days of exploring new places? Allow us to direct your attention to another vicarious escape. Netflix is set to premiere a new Pinoy movie entitled Finding Agnes, which stars Sue Ramirez and Jelson Bay. The movie is shot extensively in Morocco and it streams on the platform on November 30! Check out everything we know so far about Finding Agnes below.

Finding Agnes revolves around one of the most important factors of Filipino life: the family. Successful entrepreneur (Bay) goes on a life-changing, soul-searching journey in Morocco. There, he tries to piece together the strange and stormy life of his mother—and ends up meeting her adopted daughter Cathy (Ramirez). All we have so far is a teaser but we're guessing their not exactly the best of friends, or even road-trip buddies, for that matter.

Ramirez has been on everyone's radar since she starred as Norma in Ang Babaeng Allergic sa WiFi (2018), a social media-obsessed girl who ends up with a rare medical condition barring her from being around technology. She also starred in Netflix's first Pinoy original film production, the genre-bending Dead Kids by director Mikhail Red in 2019.

And you have most likely seen Bay as the sweet but thoroughly misguided Carlo in the comedy Ang Pangarap Kong Holdap. His character in Finding Agnes seems to be on the more serious side but fingers crossed we get to see lighter notes, too.

"I just hope this will open more opportunities not only for me but for other Filipino filmmakers as well," said director Marla Ancheta in a statement. This is the well-known commercial director's first full-length project. "I felt nervous at first, but really elated with the given opportunity for my first movie to be shown on Netflix."