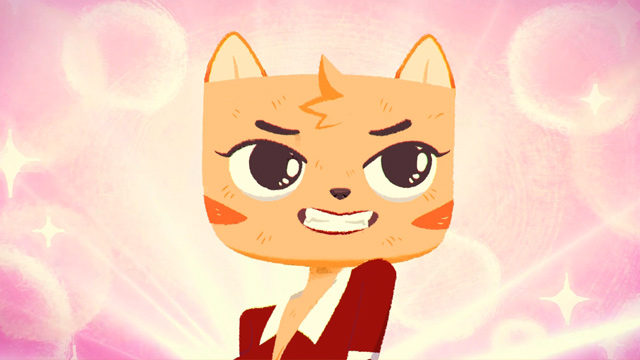 Netflix's Hayop Ka! Is a Trove of Pinoy-Inspired Puns

Plus, "pusa-pusaan" with Angelica Panganiban and what the film's statement is.

(SPOT.ph) You know you’re in for a ride when the official trailer starts off with a warning—well, a parody of the MTRCB advisory—with all the things “na hindi angkop sa mga kawawang bata.” It’s a good thing we’re all old enough to enjoy Rocketsheep Studio and Spring Films’ Netflix original, Hayop Ka! The Nimfa Dimaano Story. It revolves around the lives of pretty perfume sales kitty Nimfa Dimaano (voiced by Angelica Panganiban), who is torn between her boyfriend, macho mongrel janitor Roger (voiced by Robin Padilla) and rich business-dog Iñigo Villanueva (voiced by Sam Milby).

The plot sounds like your typical teleserye but we are talking about anthropomorphic animals caught in a love triangle. It's set in a gritty yet colorful version of the city called Animanila, too. Those things alone make it a must-watch to see how it all goes down. SPOT.ph got the chance to hear some stories about the movie straight from Panganiban and Liongoren themselves in a virtual press conference, and here's what they have to say about their latest project.

Hayop Ka! is inspired by those late-night radio dramas.

It’s Panganiban’s first time to be a voice actor.

You’d never guess what Panganiban did to prepare for her role.

There’s a bit of a Sanrio-inspired take in the early stages of Hayop Ka!

Liongoren credits art director Jether Amar for Hayop Ka!’s overall look. “We took an episode of Papa Jack's story...and we put the cute little cats on it, so very Sanrio 'yong original na approach.” From there, they upgraded the look to what it is now. Liongoren shares that it took them a year of “just trying out different ways to do the film.”

The film was four years in the making.

“If you include writing and failing...and failing and...securing money, that is four years,” recalls Liongoren. He takes us back to the beginnings of Hayop Ka! when they joined a festival to win a grant and, as a semi-finalist, had to present the teaser to what the director describes as “smart, academic people.” “So they were on board until they asked us, 'So, what is your statement?' What is your advocacy?' Naloka kami kasi gusto lang naming magpatawa,” says Liongoren. It took them another year to get their act together. The movie entailed three years of steady production.

They have a “master list of stupid animal puns.”

For folks who haven’t seen the film yet, this is more of a tip than a spoiler: Keep your eyes peeled for a lot of witty puns—whether a sign, a brand, or a fast-food joint you've encountered in real life—from start to finish. We asked Liongoren if peppering the film with puns was intentional; he says it’s their artists’ doing and can be considered as easter eggs. “It's their joy to put silly things and their fandoms. Our artists are K-Pop fans, may mga JoJo, may mga anime fans,” he explains. “Since these things take so long to make, pang-aliw na rin 'yan ng mga gumagawa,” Liongoren says. And by “take so long to make,” he means two weeks for one background painting, which is on the screen for three seconds. Remember to pause to take it all in!

The titular pussycat is a relatable character; even Panganiban thinks so.

Panganiban’s advice to her character is something we could all apply in our lives.