Angelica Panganiban and JM De Guzman Read That Thing Called Tadhana Script
Loading
Already a member? Log in
No account yet? Create Account
Spot.ph is your one-stop urban lifestyle guide to the best of Manila. 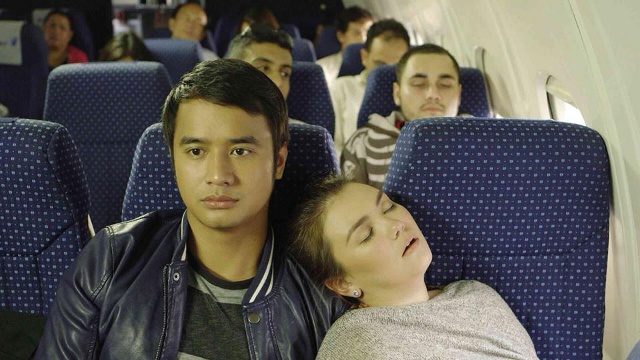 (SPOT.ph) 2014 film That Thing Called Tadhana has cemented its place in Pinoy pop culture—it gave rise to the word "hugot" which has become part of the colloquial Filipino vocabulary, it made Sagada a go-to local destination, and it encouraged brokenhearted folks to belt out Whitney Houston's "Where Do Broken Hearts Go." Bea Alonzo and John Lloyd Cruz read the film's script live for Valentine's Day, but OG actors Angelica Panganiban and JM De Guzman brought their own charm and personality to the hit flick when they revisited the heartache and read the script via Facebook Live on April 12 for Lockdown Cinema Club Nights, an initiative that aims to raise funds for the benefit of film workers and crew who currently have no jobs due to the enhanced community quarantine temporarily halting production.

Poet and actor Juan Miguel Severo hosted the livestream and encouraged fans to donate and ask questions. Panganiban and De Guzman reenacted the bus scene, where their characters Mace and Anthony were talking about how to forget past loves while on the way to Baguio. Jadaone, who was also present during the livestream, shared that "'Yong isang eksena doon, deleted. Hindi siya nasama sa pelikula. 'Yon 'yong mahabang litanya ni Anthony."

Fans also asked actors if they would take a chance and go on a spontaneous trip with a stranger. The possibility was one in a million, but both Panganiban and De Guzman said that it could totally happen in real life, if the circumstances were right.

When asked about the plot, Jadaone said it really isn't up to her right now, as the story can change depending on where she would be if she decides to finish it: "Nagbabago naman ang kwento base sa kung nasaan ka or kung ano ang paligid mo sa time na sinusulat mo."

Though no plot is set in stone, Panganiban and De Guzman have both indicated that they'd be open to playing Mace and Anthony again.

That Thing Called Tadhana Angelica Panganiban Jm De Guzman Antoinette Jadaone Livestream Adventurer Savvy Seasoned
Your Guide to Thriving in This Strange New World
Staying
In? What to watch, what to eat, and where to shop from home
OR
Heading
Out? What you need to know to stay safe when heading out