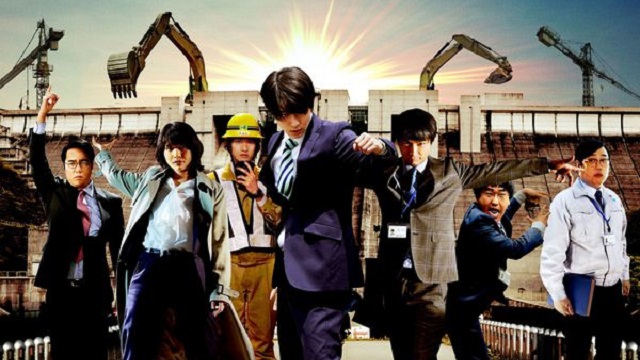 The special screening is part of the Japanese Film Festival!

(SPOT.ph) The Japanese Film Festival is back for a second round of films this 2020! They first streamed six cool picks in July and now they're streaming 28 more from November 20 to November 29. Even better, you can catch a physical screening of the festival's opening film Project Dreams: How to Build Mazinger Z’s Hangar at the SM Drive-In Cinema in Pasay City from November 20 to 22 with tickets priced at P100.

The screenings will happen daily on the said dates at 6 p.m. Tickets include popcorn, beef franks, and bottled water and must be bought online before the event.

With indoor theaters yet to open, the drive-in cinema at the Mall of Asia concert grounds has had everyone excited. With these upcoming screenings, you now have the chance to check it out for less than the usual P400.

Project Dreams: How to Build Mazinger Z’s Hangar was directed by Hanabusa Tsutomu. The fun film revolves around a group of corporate workers—including one who isn't as into the work as others—on a crazy mission to the hangar featured in Mazinger Z (yup, one of the main mecha robot's that made Japanese anime as popular as it is today). The live-action film mixes in some nostalgic animation as the employees begin living in the imaginary world of Mazinger Z while completing the huge task of building the hangar.

If you'd rather not go out, you can still catch the Japanese Film Festival Plus: Online Festival. A total of 28 films will be available to stream for 24 hours on the Japan Foundation's newly launched website. There will be contemporary and classic Japanese films from different genres, including drama, documentary, and of course, some quality anime picks like the pastel-filled Pigtails (2015), which tackles the aftermath of the 2011 earthquake and tsunami that rocked Japan.

To buy tickets for the special screenings of Project Dreams: How to Build Mazinger Z’s Hangar, head to the SM Tickets website.

For more information on the Japanese Film Festival Plus: Online Festival, head to the Japan Foundation's online portal.

Adventurer Savvy Seasoned Japanese Film Festival Film Festival Sm Cinema Drive-in Cinema Cinema Heading Out Staying In
Your Guide to Thriving in This Strange New World
Staying
In? What to watch, what to eat, and where to shop from home
OR
Heading
Out? What you need to know to stay safe when heading out