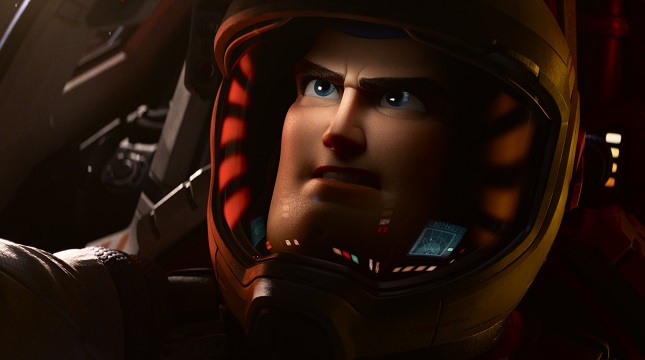 We can already hear him saying "To infinity and beyond!"

(SPOT.ph) Still smarting over the entire Toy Story saga? The movies have spanned nearly 25 years since the first one was released in 1995—and truth be told, we still can't get enough. And it looks like we're getting a rather unexpected origin story! Pixar just dropped massive details about their new movie, Lightyear, and yup, it is exactly what you think it's about. Get ready for some major nostalgia!

"Lightyear is the definitive story of the original Buzz Lightyear," posted Pixar, adding that the lead will be voiced by Chris Evans. We're sure you remember Buzz, everyone's favorite sentient astronaut toy—sorry, we meant action figure—who isn't exactly aware he is a toy. Well, this movie dives deep into the inspiration for the action figure: the astronaut Buzz Lightyear! And while we'll miss Tim Allen's voice, we can't say we're disappointed with having Evans voice the astronaut. Who knew a Captain America and Toy Story crossover could get us so excited?

Check out the first look at Buzz Lightyear! We can't wait to see whether he'll sport the same awesome suit the Toy Story Buzz did—especially those pesky gliders. Evans retweeted the Pixar logo drop, too, captioning it "I don’t even have the words." Same here.

The movie will follow a young test pilot's journey to becoming a space hero, the kind of epic story that would warrant an action figure in the Toy Story universe. Directing it will be Angus MacLane, who also co-helmed Finding Dory, reports Deadline.

Pixar is slated to release the movie in theaters June 17, 2022—and is just one of the much-awaited titles currently on Disney's epic slate for the next few years. BRB, rewatching all four Toy Story movies to prep!

Adventurer Savvy Seasoned Toy Story Pixar Chris Evans Movies
Your Guide to Thriving in This Strange New World
Staying
In? What to watch, what to eat, and where to shop from home
OR
Heading
Out? What you need to know to stay safe when heading out