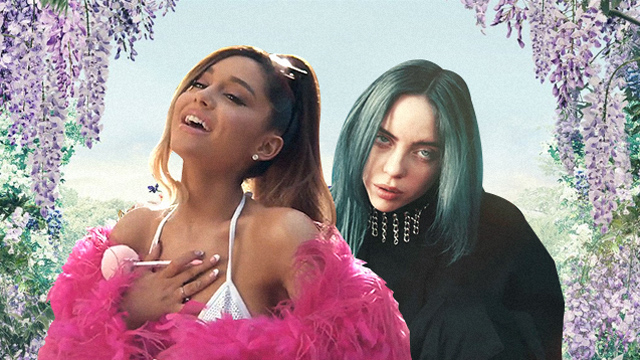 In case you couldn't quite put a finger on it while watching!

(SPOT.ph) So you're watching Bridgerton—the steamy scandal-filled Regency-era Netflix series, for the uninitiated—and are currently swooning over Daphne (Phoebe Dynevor) and Simon (Regé-Jean Page) as they glide across a ballroom in early 19th-century London. Only wait, wait, is that Ariana Grande's "thank u, next" being played by the violins? Why yes, as Lady Whistledown might say in the distinct British lilt of Dame Julie Andrews, it most certainly is.

One of the most interesting things in the series adaptation of Julia Quinn's massively popular novels, aside from the luscious Regency setting, a truly captivating (R-rated) story, and the Duke's face, is the oddly modern feel this period drama has—as exemplified in all the bops you heard throughout the episodes. "It really goes to the idea of making this feel different than your other period shows," Emmy-winning composer Kris Bowers, the brains behind Bridgerton's classic-slash-modern cool soundtrack, told Oprah Mag.

"Whether it's music or the world of the show, the scripts, the sets, the costumes; it all comes back to infusing things through our own unique modern lens and making things feel relatable to whoever's watching," he added.

While Bowers was also in charge of composing 19 time-appropriate orchestral tracks for Bridgerton, we can't help but thank him for choosing to include contemporary picks as well, adding so much fun to everything already happening on screen. And in case you wanted to see if you were able to guess them all correctly, we list down the massively popular tracks of today that were included in Bridgerton's soundtrack below. Plus, of course, the awesome covers!

Bring out the ballgowns and waltz along to the Bridgerton soundtrack's classic covers of modern pop songs:

Ariana Grande's "thank u, next" by Vitamin String Quartet

There's no way you missed this one! This rendition by the Vitamin String Quartet of Ariana Grande's massive banger "thank u, next" played as Daphne attended her first legitimate ball after her debut—and we imagine "Thank you, next" is exactly what Anthony (Jonathan Bailey) was thinking while looking at all the eligible bachelors who were in turn, looking at his sister.

The third episode has the ton holding yet another ball, and what music should be playing but a Vitamin String Quartet version of Billie Eilish's "Bad Guy"? The violins strum right as Simon plots to feign jealousy while Daphne dances with potential suitors—but we all know that jealousy was in no way fake when the end of the episode had Daphne channeling the "bad guy" vibes while dancing with an actual prince (Read: Not Simon).

Maroon 5's "Girls Like You" by Vitamin String Quartet

Anthony was severely misguided in the first few episodes—well, for most of the season, really—most especially when he practically ruined Daphne's first ball of the season in episode one by scaring off all her possible suitors. This sweet cover played the following day, as the Featherington drawing room fills with eligible bachelors calling on Marina Thompson (Ruby Barker) and the Bridgerton house remains void of suitors.

Shawn Mendes's "In My Blood" by Vitamin String Quartet

There's no better pick to play as Daphne and Simon's fake relationship turns a little less fake. We know you totally felt the tension as they danced to the smooth strings cover of Shawn Mendes's "In My Blood" during the last ballscene of the second episode, right as they had one of their first real conversations as more than just schemers. The pressure for Daphne to marry "right" for the sake of her family was truly beginning to set in—and so were all the feelings.

If this moving strings cover made you feel things—especially as it was playing during a, ahem, climactic moment in the fifth episode—well, we suggest you check out the original version by Celeste! The artist's soulful voice just adds another layer of emotions. Plus, Bowers himself took charge of the cover for Bridgerton, and yup, the results sure are unforgettable.

As if the scene in the fifth episode wasn't enough, things took a turn for the truly R-rated in the sixth episode—and to the classical-ized tune of Taylor Swift's "Wildest Dreams" no less. Daphne and Simon make the most of the Duke's sprawling Hastings estate, from the gardens to the marble steps to a freakin' library ladder, and thankfully, they managed to contain it to their marital bed at times. TBH, we're not complaining. We're happy they got to live out their wildest dreams, indeed. Don't think we can listen to that song the same way ever again—whether it's the cover or original. Thanks, Shondaland.