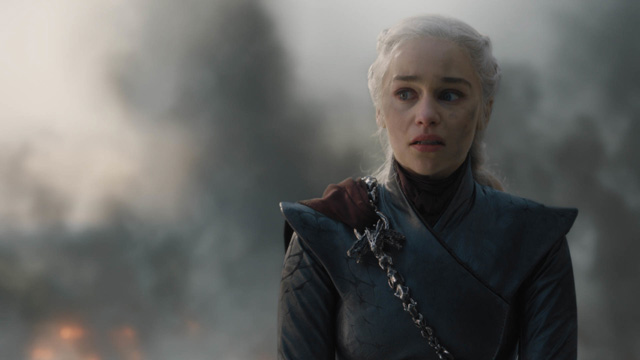 Looks Like an Animated Game of Thrones Isn't So Improbable

All signs point to an entire universe of more GoT content.

(SPOT.ph) Do you still remember how you felt when you watched the ending of Game of Thrones? So much time and emotions were invested into the HBO fantasy series and it all boiled down to well, those last few hours of season eight. Well, best hold on to that feeling, and maybe even add in a bit of well-cautioned hope: An animated Game of Thrones drama series may soon land on HBO Max! And better yet, it looks like HBO may soon play host to an entire Game of Thrones (GoT) universe full of different stories based on author George R.R. Martin's world, reports Deadline.

The confirmed whispers are that the animated series is still in the very early stages of development (Read: No details about plot, cast of characters, or even possible timeline in the GoT history have been revealed, if there are any to reveal just yet). Still, the news about the animated series joins a host of other possible spin-offs and prequels that are either up in the air or have been ditched. This points to HBO aiming for several GoT shows to be aired at once, according to the report.

While we are all emotionally mature adults here—ideally—who understand that we can't just make an entirely new series and pretend the last one didn't actually happen, we are holding on to hope that any upcoming content will help make sense of the eighth season, especially when it comes to Dany (Emilia Clarke) and her descent into madness.

So, What Game of Thrones Titles Will Be Happening for Sure?

Meanwhile, two titles related to GoT are for sure happening over at HBO. First is the live-action prequel series House of the Dragon, slated to premiere in 2022. This is based on R.R. Martin’s book Fire & Blood and will tell the story of House Targaryen 300 years before the events of Game of Thrones. It's far-fetched, time-wise, but we're hoping to see some direct origin bits about Danaerys.

Another series based on George R.R. Martin’s “Tales of Dunk and Egg” is in the works, reports Variety. These fantasy novellas tell of the adventures of Ser Duncan the Tall, the "Dunk," and a young Aegon V Targaryen, the "Egg."

Adventurer Savvy Game Of Thrones Hbo Max Warnerbrothers Streaming Services Staying In
Your Guide to Thriving in This Strange New World
Staying
In? What to watch, what to eat, and where to shop from home
OR
Heading
Out? What you need to know to stay safe when heading out