Here Are Ways to Cope Now That Game of Thrones' Finale Has Aired
Loading
Already a member? Log in
No account yet? Create Account
Spot.ph is your one-stop urban lifestyle guide to the best of Manila. 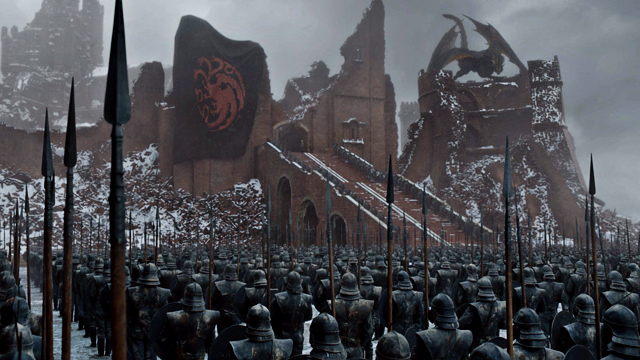 Here's how to exist in a post-GoT world.

(SPOT.ph) After eight compelling seasons, the beloved fantasy drama Game of Thrones has finally reached its epic conclusion with the episode “The Iron Throne.”

So far, fans have been unsatisfied with how the last season has played out, with many viewers complaining about the too-dark scenes in “The Long Night,” the sloppy appearance of a Starbucks cup in “The Last of the Starks” (perhaps producers D.B. Weiss and David Benioff were too busy having a laugh as extras in that scene?), and the way some of the storylines seem to have been rushed.

After the last battle at King’s Landing was finally won, and with Westeros on the road to recovery, we’re pretty sure more people will chime in and give their thoughts about the fates of Daenerys (Emilia Clarke), Jon (Kit Harington), Tyrion (Peter Dinklage), the Stark siblings (Maisie Williams, Isaac Hempstead Wright, and Sophie Turner), and their preferred houses (RIP House Tyrell and House Mormont).

Whatever your feelings may be, remember what Game of Thrones' psychopathic character Ramsay Bolton (Iwan Rheon) once said: “If you think this has a happy ending, you haven’t been paying attention.” It’s fair to say that this statement applies to the series ending.

So now that the HBO show is officially over, the biggest question is: How do we deal? You can try one, two, or all of the suggestions below:

Watch Game of Thrones (GoT) documentaries

From the final table read to the 55 grueling evening shoots for the Battle of Winterfell, die-hard fans can take a look at what the cast and crew had to endure while making the eighth season in The Last Watch. Directed by Jeanie Finlay, the two-hour documentary airs on HBO and HBO GO on May 27 at 9 a.m.

If you’re clamoring to see more clips, the official Game of Thrones YouTube page also offers playlists featuring the actors and their earliest show memories (The Cast Remembers), #ForTheThrone clips, and other compilations that go as far back as Season One.

Binge-watch all eight seasons of GoT

Take inspiration from The Late Late Show with James Corden, which forced their writer Lawrence Dai to watch all seven seasons of GoT for 67 hours straight so that he could write a recap covering GoT’s biggest moments just before the final season aired. Add those hours to the final season’s running time and you’ve got approximately 74 hours of screening time—that’s three days of non-stop watching!

Whether you’re stanning for GoT power couple Jon and Daenerys or wishing Brienne of Tarth (Gwendoline Christie) could rule over the Seven Kingdoms, you can make your fantasies come to life by weaving your own tale and publishing it online via FanFiction or Wattpad.

Delve deep into the world created by author George R.R. Martin by picking up five out of seven books that make up the fantasy series, A Song of Ice and Fire. Through A Game of Thrones (1996), A Clash of Kings (1998), A Storm of Swords (2000), A Feast for Crows (2005), and A Dance with Dragons (2011), you can get to know the characters you’ve come to love (or hate) in the show and discover how much the TV series deviated from the books.

Patiently wait for the GoT successor shows to air

With three new shows in development, it’s only a matter of time until we get reacquainted with the world of Westeros. Martin has stayed mum about the new shows, but suggested in his blog that fans should pick up Fire & Blood (a book that reveals the complete history of House Targaryen) and come up with their own theories.

The Sun recently reported that GoT prequel, with the working title Bloodmoon, has already begun filming in Belfast, Northern Ireland. Starring Naomi Watts, Miranda Richardson, and Jamie Campbell Bower, the series is rumored to follow the story of the Children of the Forest and will be set more than 5,000 years before the events of Game of Thrones.